Radical islamist militant group Boko Haram has claimed responsibility
for the bombing of three churches that killed at least 50 people in
Zaria and Kaduna town yesterday. The sect targeted mostly children and
women in the Zaria attacks.

The sect spokesperson  Abu Qaqa said the current massacre of
christians was done to avenge the past killings of Muslims and
desecration of Mosques in Zonkwa, Yelwan Shendam, Tafawa Balewa, where
they said Mosques were turned into brothels and drinking joints, while
Christians continue to carry on with impunity and government support.

The statement also claims that Christians must all convert to Islam in order to have peace.
The sect stated in a press release sent to select media via its spokesperson Abul Qaqa earlier today.
Abu Qaqa started the statement by saying, “Today Almighty Allah has
given us victory against Christian Churches in Kaduna and Zaria which
led to the deaths of many Christians and security operatives.”

The statement also said that Allah has tasked all Muslims in Quran
chapter 9 verse 29 to launch a attack against Jews and Christians who
refused to believe in him, his messenger, Prophet Mohammed.

It also said that attacks against Christian children and women will
continue, since security personnel now attack their women and children.

The statement concluded that residents of Maiduguri, Borno State are
suffering because they did not support the sect when  federal forces
waged war against them in 2009, accordingly, the sect wants Kano
residents to examine and change their ways towards them. 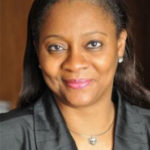