A new pan-Yoruba group, Apapo Oodua Koya, (AOKOYA) said today that it
has “trusted” information that Boko Haram, the dreaded extremist
Islamic group, is likely to attack Lagos and Ibadan in the next few days
or in the month of July.

“Boko Haram thinks the best way to get attention is through sustained
attacks, but the surest way to dominate national discuss and stir
critical opinions is to take the battle to the country’s economic hub,
which is Lagos and Ibadan,” the group said in a statement in Ibadan
signed by its Secretary for Internal Affairs, Alhaji Mufatau Adedoyin.
“That is the new thinking of the Boko Haram leadership.”

AOKOYA expressed regret that the political leadership of the South
West has no concrete plans to curtail the “almost inevitable” suicide
bomb attacks that the Islamic group may unleash on the largely urbanized
Yoruba region.

It said that the frequent activities of Boko Haram in Kogi State,
plus last weekend’s bomb attacks on Kaduna city are clear indications
that cities in South West Nigeria must be prepared for their own dose of
suicide attacks from Islamic fundamentalists pushing for sectarian
leadership of the country.  The group described the bombing of ECWA
church in Kaduna as a calculated attack on the Yoruba people, as they
are the most notable worshipers in ECWA churches across the country.

Said the statement: “We have intelligence information that Boko
Haram will attack the largely vulnerable Yoruba cities on or before the
month of July this year. We fear the carnage that will result from
violent attacks on Yoruba cities. It is naïve to assume that Boko Haram
will spare Lagos, Ibadan, Warri or any of the Yoruba cities. At present,
the Yoruba political leadership relies on the Nigerian Police and the
State Security Service, (SSS). These groups are too polarized, corrupt,
inept, politicized, ill-motivated and hunted by low morale to be able to
offer any hope for the Yoruba people.”

AOKOYA, which describes itself as a Yoruba self-determination group,
noted that as Nigeria inches towards 100 years of the forceful
amalgamation of the country by imperial lords, “the dissolution of the
country should be a natural expectation given the tear, sorrow and
blood” that has been Nigeria’s story since 1914.

“There cannot be any redeemer for a nation that is destined and
designed to collapse,” it said. “We urge the Yoruba people to rise up
and work hard to ensure minimum casualty in our search for the
inevitable Oduduwa Republic. We seek alliance with the Middle-Belt,
Igbos and the South-South, for the greater future of a traumatized
population that have been pushed into the cesspool of underdevelopment,
hunger and starvation in the hands of a hateful social and political
system that offers nothing but destruction and the spilling of human
blood.”

Calling for the assistance of the international community to Nigeria
“to prevent the carnage that may arise from the inevitable break-up of
the country,” AOKOYA said the bombings will not abate simply because the
social and political contradictions of a diverse, plural society being
forced to live under one law and value has reached its breaking point.

“The issue is no longer whether the country will break-up, the real
issue now is when and how,” the statement said.  “The people face the
grim reality of either a violent break-up or ceaseless confrontation
with blood and anguish in the hands of extremist forces.” 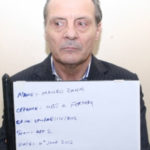