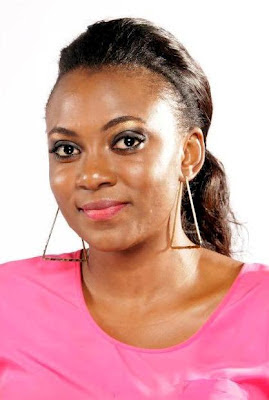 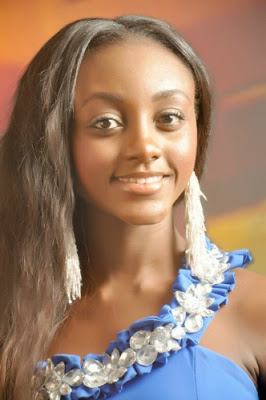 Culled From Thanteh Equi on Facebook.
Alarm was raised that Isabella Ayuk, the lady who won the crown of the
Most Beautiful Girl in Nigeria (MBGN) is more than 26years which she
claims she is and many people felt that was an attempt at Blackmailing
her! This was confirmed because the
whistle blower claims “I knew this because Isabella’s younger sister who
was my classmate in secondary school is now 27years old”.

Today the truth has been told which the organisers of the MBGN, the
Bruce family knew even before she contested! But instead, favoured her
to be the winner because Isabella is dating Hon Emeka Ihedioha, the
Deputy Speaker House of Representatives Abuja and she also warms the bed
of a big time businessman Henry Imasekha, a very close friend of James
Ibori. Today she has been disqualified from contesting in the Miss World
Pageant due to age factor which she lied about and as such the first
Runner up Diamete Charles will now represent Nigeria.

“My
question is What Kind of Country do we Live in? Even in the Pageant
industry there’s corruptio!. The Bruce family have now disgraced
themselves and Nigeria before the entire world”. Meanwhile continue to see the official press release from Silverbird.

The management of Silverbird, organisers of the annual Most Beautiful
Girl in Nigeria and Africa’s longest running beauty pageant will be
sending MBGN First Runner up, Miss DIAMETTE CHARLES GRANVILLE, to
represent the country at the Miss World pageant holding in Mongolia,
China in August.
MBGN winner, Miss ISABELLA AGBO AYUK will represent Nigeria at the Miss Universe.
MBGN Second Runner up, Miss IFEOMA UMEOKEKE will be at the Miss Tourism International holding later in the year in China

In a signed statement, the management said the decision was in the best
interest of the beauty ambassadors, the company and the country at
large.

‘As we celebrate our 25th anniversary in the world of beauty pageantry,
Its our wish not to only raise the bar but replicate the groundbreaking
records achieved by Agbani Darego as the first Black Africa’s Miss
World 2001 as well as some past queens who have achieved remarkable
results at some renowned international pageants in the recent past.

While we seek your understanding, we also urge you to pray for their
victory at the various global beauty pageants where they will be flying
the country’s flag” 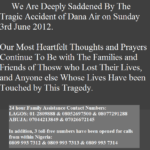