Star actress Shan George is one of the pioneer movie acts in
Nollywood and a producer, she started her acting career over a decade
ago and has about 120 movies to her credit and has also proved her
mettle in movie production.

The Nollywood Veteran “Shan George” dropped the bombshell about
married actresses in Nollywood, She said “virtually all Nollywood
actresses sleeps around like dogs at will and no one sees anything wrong
with it”These same people will be claiming to be happily married feign
love to their husbands. Most of these actreses are been lured to bed
with lots of money and promises by top politicians and business men…

Some of the people who are most hit by this revelation said that,
Shan George is probably acting act of frustration as she was married
four times but all the marriages packed up like a poorly arranged pack
of cards. And also that at the moment, she doesn’t have anyone to call
husband.

To decant this allegation of being referred to as frustrated person,
Shan said her previous marriages didn’t fail because of infidelity on
her side. “I have never being caught by any of my ex husbands sleeping
around. In fact, I am a one-man, one-woman person.”

This Shan’s expose, www.bononline.tv gathered, has started brewing
controversies in town as some married actresses are saying that for Shan
to have known that some of them are sleeping around, it’s obvious she
has been part of them. “We dare her to mention names of those who are
caught in the act.” A married actress who had a bb chat with this
reporter charged. 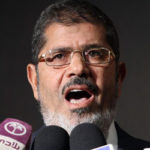