If report by BON is anything to go by, then controversial Nollywood actress, Shan George may be in big trouble with former PMAN president, Tee Mac Omatsola. This is because, according to what was reported, Shan George, who recently accused some married actresses of sleeping around with men like dogs, is being alleged of nursing a sizzling romance with the Tee Mac’s 21-year-old son…..continue reading

As reported, Shan was alleged to have slept with about four band members of Tee Mac, who we learnt were young guys, during the FIFA World Cup held in South Africa in 2010. She reportedly gave the excuse of cold weather as the reason of having sex with the boys.

The report further claimed that Tee Mac was fully aware of Shan’s under ‘G’ runs with this boys she slept with but he chose to keep quite. But when Shan made effort to have a taste of Tee Mac’s handsome son, Tee Mac reportedly blocked her “dangerous” moves, knowing the kind of person she is.

It was further reported that about two months ago, Shan was suppose to make a trip to the just concluded London Olympics, where she was supposed to be among some Nigerian celebs to meet with Team Nigeria, but Tee Mac influenced the light-skinned actress being dropped when he probably forsaw that Shan would use the opportunity to concluded her mission with his son, who was part of the trip.

It was further gathered that Tee Mac also took a step further by warning Shan George to stay off his son or face his wrath.

Shan has had controversial relationships with some younger lovers in the past who are mostly in their 20’s. Efforts to get her reaction to this latest scandal proved abortive. 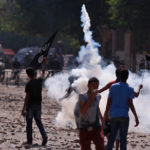 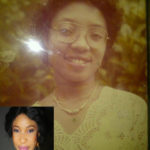