A group of Muslims in the troubled tin city of Jos, Plateau State, yesterday evening held a demonstration over an America-produced film that purportedly blasphemed Prophet Muhammad. The protesters, who defied security agents, said they would rather die than to watch their Prophet insulted, and will submit only to the laws of Allah which, to them, are supreme to any other law. The mostly youth and children protesters, who numbered almost 100 were led by one Malam Mansur Sani Adamu in the demonstration, which took place on Bauchi Road. They carried placards condemning the United States, Israel, Denmark and Holland, accusing them of plotting against Islam and Muslims. Before they dispersed, they chanted, “Allahuakubar, Allahuakubar, they have touched our Prophet….” …continue reading

Malam Adamu said, “We are doing this to express our anger against enemies of Allah and Islam led by America and her allies like Israel, Denmark and Holland because they are plotting against Islam. These days they have also produced another depicting film; this is what is troubling us. This denigration of Prophet Muhammad is very sad and we are against it. With this it is better that it is death that consumed us for our Prophet to be denigrated. All Muslims in the world should come out and protest and those who cannot should pray.” According to our source, security agencies urged the protesters to disperse since they had not secured permission, to which leader of the demonstration responded, “If our Prophet is blasphemed we will not wait for any law, Islam supersede any laws of the country.” Source: Sahara Reporters 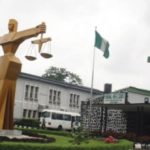