The
Federal Government on Friday admitted that the suspension of the Operating Licence of Dana Airlines immediately an aircraft belonging to the airline crashed on June 3 was against global aviation practices.
The FG said the best it could have done then was to isolate the particular
aircraft involved in the crash and carry out the necessary
investigations.

Minister of Aviation, Mrs. Stella Oduah, gave the explanation on a Channels TV breakfast programme. She was reacting to the strong condemnations from the family members of the victims of the crash, after the FG restored the airline’s operating licence on Wednesday….continue reading.


FG had suspended Dana’s licence on June 5, 2012, two days after its
Abuja-Lagos flight 0992 crashed into residential and commercial
buildings in Iju-Ishaga, on the outskirts of Lagos, killing 153
passengers and crew on board.

But
on Wednesday, the FG lifted the suspension, saying it was satisfied
with the air-worthiness of the airline after a rigorous technical,
operational and financial audit.
The
decision, however, attracted criticisms from those affected. The
victims of the crash, claim that their agony has been worsened by the
fact that the government restored the licence even when investigations
into the crash are yet to be completed and the remains of some of the
deceased are yet to be buried.
To them, Dana Air, which they accused of negligence, should not be allowed to fly any of its aircraft in the Nigerian airspace.
But Oduah explained on Friday that it was against best practices to ground an airline because of a crash.
She explained that what was allowed in the aviation sector was to segregate an aircraft and conduct an audit.
She
said the decision to restore Dana’s licence was taken with a sense of
responsibility, adding, “a firm cannot be indicted until the results of
investigation are released.”
She said, “Rather than indict it (Dana), the result clearly showed that the airline is one of the best in the country today.”
She,
however, added that the lifting of the suspension did not translate to
the fact that the airline would return to the air immediately.
She explained that the airline must still undergo the process of recertification.
She
said, “There is no perfect firm or organisation and that is why we
started with institutional reform starting from the Nigerian Civil
Aviation Authority.
“Dana is not a perfect company by any means just like any other firm.
“Dana’s
manuals, log book and administrative policies are all in compliance
with the NCAA rules and regulations. We’re satisfied that thorough
investigation was carried out and that was why we said they can go back
to work.”
When
probed further, the minister said the government would not hesitate to
apply appropriate sanctions once the final result was released and the
airline found culpable.
She
said once completed, the report, being a public document, would be
widely publicised for every concerned individual and group to access.
When
asked to give an insight into the cause of the crash since she claimed
the preliminary report was out, the minister said the remote cause was
“very technical.”
“I
don’t know the cause of the accident but I know what is not the cause.
The accident was not due to NCAA’s lack of responsibility and it was not
due to Dana not doing what they ought to do,” she explained.
Oduah added that despite the clean bill of health, the FG was still strengthening the NCAA to ensure it performed better.
The
minister expressed surprise that relatives of some of the victims of
the crash were yet to receive their compensation because she had held
meetings with the airline and the insurance firm on the issue.
Meanwhile,
the President of the Nigeria Labour Congress, Mr. Abdulwahed Omar, has
said that  organised labour did not have anything against the
restoration of Dana’s licence.
He
said there was nothing wrong if the decision was based on the findings
by engineers and technicians, who found the aircraft airworthy.
However,
a human rights activist and lawyer, Mr. Jiti Ogunye, described the
lifting of the suspension as shocking and insensitive.
Ogunye is among many Nigerians who have condemned the action of the FG, coming about three months after the tragedy.
He
questioned the rationale behind the action, saying that the report of
the audit should have been made public and a re-certification effected
before the announcement.
Besides,
he said several unresolved social, financial and emotional issues still
surrounded the incident, adding that the regulators and the government
should have exercised restraint in taking such an action.
He
said, “This is another step that has shown that the government expects
Nigerians to take responsibility for their lives. If you fly, you fly at
your own risk, that seems to be what they are saying.
“This
undermines the safety of the aviation industry. The people affected by
the June 3 accident have not been compensated; the coroner’s inquest is
inconclusive and they are saying the affected airline can continue
operation. The law has not been allowed to take its cause. It is
unfortunate.”
Another
lawyer, Mr. Kunle Fadipe, said that except the FG tackled the
allegations of neglect and bring the culpable persons to face the law,
it would not be seen to have done the right thing.
Fadipe
said, “I don’t understand this haste. There are issues to be resolved.
Emotions are still very tense on the part of several affected families
and you want Nigerians to start flying the airline so soon?
“Government
and regulators should have allowed emotions to calm down; some people
have not even buried their dead. It is very surprising.”
Punch Nigeria 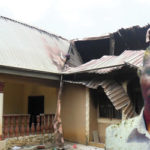