Islamists in northern Mali have stoned an unmarried couple to death,
the first reported sharia killing since they occupied the area,
ratcheting up pressure on an embattled interim government.  As politicians grappled for solutions in Bamako and west African
capitals, the Al-Qaeda linked Islamists grew bolder, dragging a rural
couple to the centre of the town of Aguelhok Sunday for a public
stoning.

“I was there. The Islamists took the unmarried couple to the centre
of Aguelhok. The couple was placed in two holes and the Islamists stoned
them to death,” said a local government official on condition of
anonymity.

“The woman fainted after the first few blows,” he said, adding that the man had shouted out once and then fallen silent.

A second official confirmed the information, saying the couple had two children the youngest of which was six months old.

“They were living in the bush, they were brought to town by the
Islamists who stoned them to death. People came out to watch, there were
witnesses,” he said, also not wishing to be identified.

The small town in the region of Kidal near the Algerian border was
one of the first to be captured by Tuareg separatist rebels on January
24.

Some 82 civilians and soldiers were summarily executed during the
attack, France said earlier this year, accusing the rebels of using
Al-Qaeda style tactics.

The Tuareg rebellion sparked a March coup by angry and overwhelmed
soldiers, but the chaos only allowed the desert nomads and Islamists
fighting on their flanks to seize the country’s north, an area larger
than France.

The Islamist groups, which experts say are acting under the aegis of
Al-Qaeda in the Islamic Maghreb (AQIM) have since chased out the Tuareg
separatists and are firmly in control. 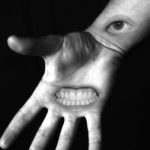 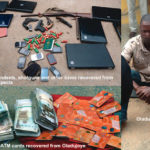