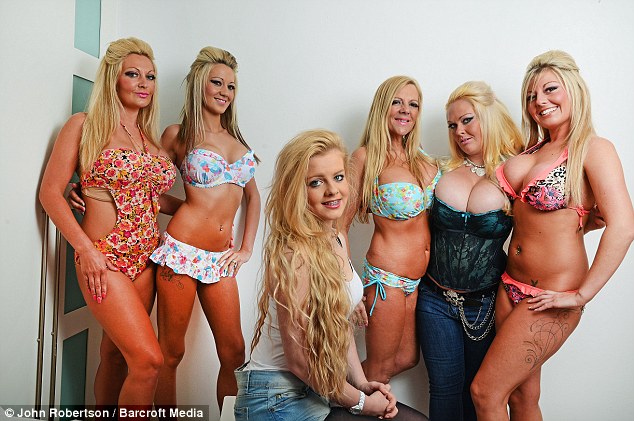 At 14, Britney Marshall is apparently going through something of a ‘funny phase’.
She
works hard at school and dreams of going to university one day. And if
that isn’t strange enough, she has absolutely no desire to have breast
implants.
This disturbing
state of affairs has left her mother Chantal, who had great hopes for
her youngest child, wondering where she has gone wrong.

After all, in the Marshall household,
where mother and four other daughters boast £50,000 worth of silicone
breasts, cosmetic surgery at 18 is a rite of passage.
Britney, however, is shaping up as the family rebel, saying she wants to keep her natural figure.

‘Britney is going through a
funny phase at the moment and saying she doesn’t want to get her boobs
done,’ said Mrs  Marshall, a 53-year-old mother of nine.

‘But
I know my daughters, and I know Britney is no different from the rest.
She idolises her older sisters so we’ve already started talking about
her getting a boob job as soon as she turns 18.

‘At
the moment she doesn’t really have what I would say are boobs, so I
would like her to follow in her sisters’ footsteps when she is old
enough. I really love the fake look of my girls and I know that Britney
will go that way when she’s a bit older. I love the idea of us all
looking similar and glamorous.’

Mrs Marshall had her first operation
in 1996, paying £3,200 for implants to take her from a 34B bra size to a
34DD. She has since had three more operations to make her a  32GG and
paid out a total of £18,000.
Now a grandmother, she works as a ‘psychic clairvoyant medium’ and said her breasts made her feel young.
She often joins her daughters at nightclubs and loves being mistaken for one of their sisters.

Treading her own path: Britney, pictured here
aged five, dreams of being the first in the family to go to university,
making her way in business and travelling the world

All saved up for their operations, with the exception of Ripley who used a £2,250 loan to pay half her bill.

Britney,
however, dreams of being the first in the family to go to university,
making her way in business and travelling the world beyond the family
home in Kirkby in Ashfield, Nottinghamshire.

‘I’m too young to be thinking about having a boob job – I just want to work hard at school,’ she said.

‘I believe a girl should do what she wants and at the moment I don’t want to get a boob job.

‘I’ve talked to my mum and sisters about it a lot, and they really love their new boobs and the attention they get from them.

‘In the past I thought I have wanted fake boobs, but then sometimes I look at them and think they look ridiculous.
‘I have a thick skin and make up my own mind. I know Mum thinks I will change my mind but right now it’s not important.’

Mrs
Marshall, who separated from her children’s father Stephen 12 years
ago, also has four sons, Tom, 24, who is unemployed, mechanic Danny, 20,
Dylan, 19, and 15-year-old Brandon.
It seems the boys are on Britney’s side in the argument. ‘Some of my sons think we’re crazy,’ Mrs Marshall admitted.
‘They keep telling Britney she should be different. Britney is the clever one of the bunch and I’m extremely proud  of her.
‘At
the same time, Emma used to earn good money doing glamour modelling. If
Britney wanted to do it when she got older I would be  happy with
that.’ 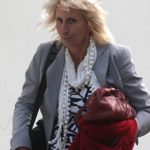 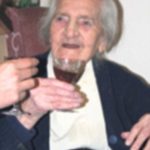