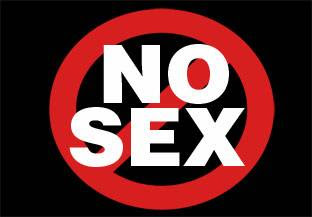 A housewife, Mrs. Modupe Falola, stunned Agege Grade A Customary
Court when she said that her husband, Mr. Falilu Falola, denied her sex
for five years. The mother of one claimed that trouble started  when her
husband returned from church one day and told her that she was
suffering from a generational curse which she had to pray fervently
about for  deliverance.

She added that her husband took advantage of what he heard from his
prophet to treat her badly. “ I was heavily pregnant then and
immediately I delivered the baby, my husband stopped having sex with me
and as well stopped giving me money for the upkeep of the only child of
the marriage”, the defendant in the case of divorce instituted by her
husband stated.

She alleged that Falilu failed to take care of her and the child and
whenever her parents invited him  for reconciliation, he refused to
honour the invitation. In a counter position, Falola told the court that
he met his enstranged wife through a close friend, saying that  when
his friend discussed about her, he told him he was not interested.

He said Modupe was secretary to his friend. The petitioner claimed
that he later got to know after three months that the marriage
arrangement was a conspiracy between his friend and Modupe.

“I would not have agreed to marry her but l had to sympathize with
her when she claimed that her sister‘s husband had sent her away on the
excuse that he was travelling abroad and, since we had been dating, I
had to give the marriage plan a second thought,“ he said.

Falilu said he regretted later when he discovered that Modupe was
troublesome and always picked quarrel with neighbours. The petitioner
claimed that what really gave him concern was that his wife quarrelled
with his house boy of many years, and the boy left in annoyance.

Falilu vowed that even if the court paved the way for settlement, he
had made up his mind not to have anything to do with her “because we are
not compatible”. “ I stopped having sex with her five years ago,
because of her bad behaviour; besides, Modupe is not friendly with the
children l had from my previous marriage”.

He urged the court to dissolve the marriage and grant him custody of the only child of the union.

Meanwhile, the court president, Mr. Emmanuel Shokunle, adjourned the
case till August 7, 2012 for further hearing and warned the couple to
maintain absolute peace. 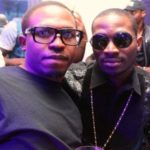