The
Los Angeles County Sheriff’s Department were contacted after her
grandchildren, Paris, Prince, and Blanket were unable to reach her all
week. Lt.
Josh Thai from the police department confirmed that the mother of late
superstar Michael Jackson was indeed not responding to pleas from her
family.

“I
can confirm that a missing person’s report was filed this evening by
Mrs. Katherine Jackson’s nephew, Trent Jackson, after he was unable to
see her or reach her for a week. The report will be referred to the
Homicide/Missing Persons Unit, and they will be handling the
investigation,” he told US website Radar Online.

A source added that the family are concerned for Katherine’s welfare.

“The
kids are being taken care of by their nanny. Paris is absolutely beside
herself with worry. She lost her father three years ago, and not to
know if her grandmother is ok is just more than she can bear,” the
insider revealed.

“The
kids were trying to get a hold of their grandmother and they haven’t
been able to reach her for almost a week,” Ribera said. “They are told
she’s unavailable. I’m concerned that she’s not safe.”

I hope she’s safe wherever she is…. 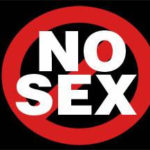 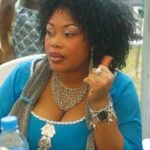