Michael Jackson’s middle child, Prince Michael, broke his silence
Thursday on the drama surrounding his family by tweeting a terse text
exchange between he and his aunt, Janet Jackson, which apparently shows
the Control singer did not want Prince, nor Paris or Blanket for that
matter, to see their grandmother, Katherine Jackson…Continue.
In the text — sent this past Monday at 4:52 PM —  Prince Michael
writes “This is enough so I am texting you for the simple fact that WE
DEMAND TO SPEAK TO MY GRANDMA NOW!”

Prince Michael sent the text to his aunts Rebbie and Janet, and also
to another relative, Austin Jackson. Janet responded: ‘Don’t let them
pls.”

The text exchange contradicts a claim by Randy Jackson earlier this
week that Michael’s children were free to see or talk with their
grandmother at any time.

During an appearance Tuesday on MSNBC’s PoliticsNation, Randy spoke
with the Rev. Al Sharpton about the altercation that took place a day
earlier between some of Michael’s siblings and his children at
Katherine’s Calabasas home.

“We are a family first. I want you to know that,” Randy told
Sharpton.” Yesterday we did go to the home to let Paris and Prince know
that they can visit with or talk to their grandma at any time. We felt
someone was trying to twist the story that we were denying them access
to their grandma.

Moments before Prince tweeted the text exchange, he posted this message:

“I would first like to start off this tweet by thanking the fans that
have always stood by me and my family, my dad really appreciated your
support and I still treasure it to this day. As I am sure everyone is
well aware of the events that have been going on. I have been holding
off on backing up my sister and her tweets avidly because I was waiting
for the time to reveal my side.

“As long as I can remember my dad had repeatedly warned me of certain
people and their ways. Although I am happy my grandma was returned,
after speaking with her I realized how misguided and how badly she was
lied to. I’m really angry and hurt. The following image is of a group
chat I had started to several family members. This group text message I
had started was replied to but they didn’t know that I could see the
responses. For this whole time, they denied us contact to our
grandmother. “If you continue with your lies I will continue with the
truth.”

As RadarOnline.com previously reported, Katherine Jackson arrived
back at the Jackson family compound in Calabasas, California early
Thursday, confirmed via a tweet from Paris that read, “grandma’s here!”

Hours before she returned, she gave a statement to ABC News. In it,
which she read from a paper while surrounded by her kids Janet,
Jermaine, and Rebbie, claiming she was “devastated” about losing custody
of her grandchildren, and denying her adult children had held her
against her will at an Arizona resort for 11 days. 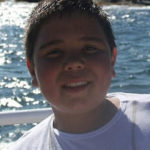