Katherine Jackson, the mother of Michael
Jackson and guardian of his three children, is safe and with a family
member in Arizona one day after a relative reported her missing.

X17Online obtained a photo
of Jackson smiling and playing Uno with her family in Arizona. Her
children released a statement this morning saying the missing person’s
report was “created by the very person and persons we are trying to
protect our mother from.”

“We feel that there is a conspiracy to deflect the attention away
from a letter we wrote asking for the resignation of executors, John
Branca and John McClain, as well as some of her ‘advisors’ and
‘caregivers,’” the statement said. “We feel there is strong evidence
that supports the falsification of documents in order to takeover and
profit from the estate of our beloved brother, Michael Jackson.  We want
answers.  The only feud that exists is between the Executors of the
Estate and this family.  This is being handled by the proper authorities
and due process will take place.”

Los Angeles County Sheriff spokesman Steve Whitmore confirmed Sunday
that they have spoken to Jackson and she is “safe with family members.”

Jermaine Jackson released a statement saying that his mother was with
her daughter, Rebbie, in Arizona “resting up on doctor’s advice.”

“Furthermore, it dismays me that such an alarmist ‘missing person’
report has caused unnecessary anxiety among Michael’s children who will
understandably react to what they misunderstand, hear or are told,”
Jackson said in the statement.

“Yes, my grandmother is missing. I haven’t spoken with her in a week I want her home now,” Paris Jackson tweeted Saturday.

Katherine Jackson, 82, reportedly left her home in Calabasas, Calif.,
July 15 to fly to Albuquerque to watch her four sons in concert. Paris
Jackson tweeted that she wasn’t able to get in touch with her
grandmother for a week. She appears to be calm now. Earlier today, the
teenager tweeted, “gotta love fam,” presumably referring to her family.

Whatever is going on, the Jackson family drama has been building in recent weeks.
Five of Michael Jackson’s siblings last week said his will was fake and
the executors of his lucrative estate should step down. Jackson’s
entire fortune was left to his mother and three kids.

In response, the Jackson estate put out a statement saying, “We are
saddened that false and defamatory accusations grounded in stale
Internet conspiracy theories are now being made by certain members of
Michael’s family whom he chose to leave out of his will. We are
especially disheartened that they come at a time when remarkable
progress has been made to secure the financial future of his children by
turning around the estate’s finances as well as during a time when so
many of Michael’s fans, old and new, are enjoying his artistry through
exciting new projects.”

Paris Jackson recently engaged into a Twitter war with her uncle,
Randy Jackson, calling him a liar after he said his mother had a
mini-stroke.

There are also divisions among family members on how the late King of
Pop’s children should be raised. Paris Jackson broke the news to Ellen
DeGeneres that she’d landed a role in the movie “Lundon’s Bridge and The
Three Keys,” and was inspired by her father.

Janet Jackson told Prevention magazine in May  “Now is not the time. I
told her I thought she should enjoy being a kid, possibly go to college
– or not – but wait till she turns 18.” 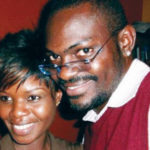 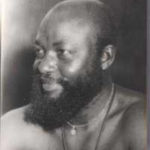