Menu
Gist reaching us is that DJ Tee threw a hot pressing iron at his wife during an argument. If
this is true, it will be the second time in a space of one month that the
versatile MVD (music video director) will be in the media for violence.
About a month ago, an upcoming artiste had tweeted a photo of himself with
a deep cut on his left cheek claiming that DJ Tee had stabbed him in the face. Read it HERE if you missed it, …..continue reading.

According to Nigeriafilms.com, a source told them that
he was shocked to witness his friend one morning, when he went to see him at
home, having a very hot argument with his wife…continue to read the rest of this entry at the cut…

The wife, according to the source was trying to explain her
own reasons for doing what led to their argument and like a fierce storm, DJ
Tee who was ironing his clothes, threw the hot iron at his wife and even ran
after her to beat her, “that day, I became fearful of him because I have
never seen him in such an ugly mood before.”

Hmmm…this is so unbecoming of a celebrity and if it is true,
then I guess DJ Tee needs to seek urgent help for anger management before he
does something regrettable.
Source: Amaka Ikenga. 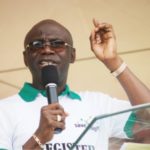