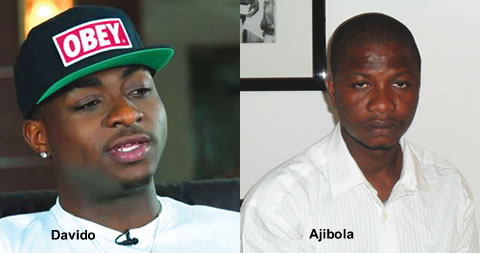 A taxi driver, Femi Ajibola, will never forget July 1, 2012
in a hurry. At about 5.30 pm on that day, he received a phone call from a young
woman in the Lekki area of Lagos and had quickly answered the subsequent
invitation to pick her up.
“The lady introduced her as Susie. She called me to come and
pick her and her friend. They told me to come pick them up at Mobolaji Estate
near Lekki Second Roundabout. Later, I took them to a hotel at Lekki Phase I to
meet one of their friends.
“From there we left for Beni Apartment in Victoria Island.
They said that I should wait for them and promised to be back soon. Not long
afterwards, one of the girls began to scream as she was coming towards my car.
Behind her, I saw David Adeleke (Davido) and four of his bouncers……Continue

“The girl was running
towards me. I think they men had assaulted her. She said I should open the door
for her so that she would enter. I opened the door for her; as she was about to
enter the car, Davido caught up with her and slapped her face,” Ajibola said.

The cab at the scene of the incidence

In a bid to save
the girl from further assault, Ajibola switched on the engine of his cab
and was about to drive off when the youthful singer suddenly dealt him a
slap.
The cabbie said,
“He left the girl and faced me. He said I was the one that brought the
girls, that I am their boyfriend. He knocked my face against the
steering wheel of the cab. This made blood begin to come out from my ear
drums. He seized my car keys and in the process, injured me.
“Before I knew what
was going on, his four bouncers began to beat me up. They beat me
severely and took my car keys from me and chased me away. This happened
around 11 pm. I went to report the matter at the Bar Beach Police
Station, which was the nearest one. I was asked to come back the next
morning to report the case.”
Unfortunately,
Ajibola had just taken delivery of the vehicle he was using for his
transport business and had not paid the dealer in full before the
incident. He said that the balance of N100,000 was in the car before the
incident had happened. In the whole confusion, he could not pick the
money as he was ordered to leave the car by the bouncers.
“I had taken
delivery of the vehicle about two weeks before the incident. I had paid
my dealer N50,000 and the other N100,000 was in the car because I could
not pay it in the bank. The money was in the car and since they had sent
me away from the car, I could not retrieve it.
“The following day,
I did not find the money in the cab. They did not even let me wind the
car windows up before they chased me out. I noticed that the car was
ransacked. I managed to obtain Davido’s phone number and called him. But
he did not pick his call. So I sent him a text message. Thirty minutes
after I sent him the message, someone picked up the call and promised to
pass the message to him. I did not get my car key throughout that day. I
went to the police station to file a report,” Ajibola said.
“When all efforts to contact Davido proved futile, the police had to go to Susie. Unfortunately, she was of no help.”
“On the fourth day,
I went to Susie’s house with the police. The ladies said they were not
the ones that beat me. They said the only help they could render was to
give me Davido’s address and that they had since settled their
differences. The whole point of the police visit was to use the girls to
get to Davido, but the girls made a phone call to an aunt of theirs and
the policemen left them, saying that they were not the ones that
assaulted me,” the cab driver said.
CRIME DIGEST learnt that the genesis of the fight was because the singer was allegedly caught cheating on his girlfriend.
Ajibola continued, I
learnt that Davido was dating one of the girls I picked up. They went
to his hotel room and caught him with another girl who was their friend.
This is what I learnt caused the fight. The police collected Davido’s
phone number and called him, but he kept asking them if they knew whose
son he was.
“He warned the
policemen not to threaten or intimidate him. They in turn told him that
they were just inviting him for questioning and not to arrest him. Since
then, the effort to get him has not been forthcoming.  I had to go to
the hospital because I was really injured. Davido gave me a blow to the
ear which made it to bleed.
“One day, the DPO
of the station assured me that they would make sure they get him. He was
irritated by Davido’s boasting that he was immune to arrest. On July
13, one Sharon Adeleke asked me to come and collect the key of my car at
1004. I told her to come and meet me at the police station. She did not
turn up till the DPO intervened.
“The DPO invited
the Sharon Adeleke, she eventually came to drop the key of the car. I
told them that I could not just collect the key of the car without
documentation that they gave me the key of the car without a penny,
though I lost money and my car got damaged. When I said this, the DPO
told me that I did not look like someone that was worth N100,000.
“He said I have no
proof that there was money in the car and that all he was after was to
retrieve my car keys for me. He said that if I wanted to do anything I
should go to court and he ordered me out of his office. Till this moment
I have not received my car keys or an apology from the singer,” Ajibola
said.
When contacted on
the telephone, both Davido and the Divisional Police Officer of Bar
Beach police station, Fakeye Adegoke, refused to answer their calls nor
did they reply the text messages sent to them.
But Davido’s publicist, Valerie Obaze, denied her client’s involvement in the incident.
“Davido has no
knowledge of any incident involving the assault of a taxi driver or the
illegal seizure of his car. He does not condone violence of any sort and
will not be commenting on this untrue allegation,” she said via email
However, the Police
Public Relations Officer, Ngozi Braide promised to get back to CRIME
DIGEST with the facts of the matter later.
Culled From Punch. 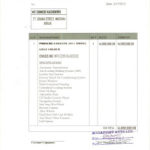