BRAZILIAN footie ace Ronaldinho has been axed from his sponsorship deal with Coca Cola – after he swigged from a can of Pepsi during a press conference. The buck-toothed star will lose £1,000,000 in unpaid earnings after he was spotted with the rival firm’s drink as he spoke to journalists at his new club, Atletico Mineiro.


Marcelo Pontes, marketing chief for Coca-Cola, branded the sponsorship deal “embarrassing”.
He told a Brazilian paper: “The fact that the player has appeared with a can of Pepsi was the straw that broke the camel’s back”.

The mistake is the latest in a line of blunders by the two-time FIFA World Player Of The Year, who quit former club Flamengo earlier this year in a legal dispute.

As well as below-par performances on the pitch, the star has been dogged by allegations of unprofessional conduct, reportedly appearing at parties and nightclubs.

But as Atletico Mineiro is sponsored by Pepsi, his latest gaffe may not be entirely the former Barcelona man’s fault. It is thought likely that cans of the drink are usually present during press conferences…. 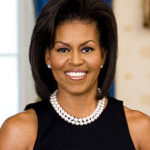