Ukraine striker Andriy Shevchenko today said he was joining a
pro-business political party after announcing that he was quitting
football for politics.

The talismanic striker, who turned out for his final appearance for
Ukraine when it hosted Euro 2012 last month, told his fans he was
quitting all football after watching a match of Dynamo Kiev.

“Probably, I will shock all of you. My future will not be linked to
football in any way… It will be linked to politics. I hope for your
support,” he said in a statement on the Dynamo Kiev website.

Shevchenko added later Saturday he had decided to join a pro-business
party called Ukraine Forward! whose leader, Nataliya Korolevska, has
broken away from the opposition party of jailed ex-prime minister Yulia
Tymoshenko…Continue to read his other statement.

“I want to fulfil myself in politics and share the experience I
gained in Europe, do something for my country,” Shevchenko said while
visiting a children’s home with Korolevska, according to a statement
released by the party.

“I decided to join the team of Nataliya Korolevska because Ukraine
Forward! is a party of the future, it is a party of young leaders,” he
said.

“In politics, I plan to support the social sector and sport. After
all, my main slogan is a healthy mind in a healthy body,” he said.

Shevchenko first emerged in the 1990s at Dynamo Kiev. He collected
the European footballer of the year award in 2004 during a seven-year
spell with AC Milan.

After an often frustrating stint at Chelsea, he returned to Kiev for the last years of his career.

Ukraine Forward! is a new political force seen as a pro-business
party which has no lawmaker in parliament but is hoping to win seats in
October’s parliamentary elections. 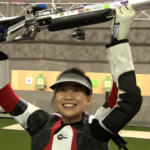