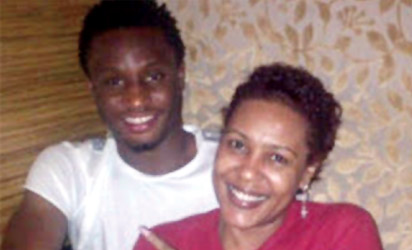 Shan George knows she is cannon for controversies and is unapologetic
about it. Recently, she was quoted to have said that most married
Nollywood actresses are not faithful to their husbands, that they keep
numerous lovers. that allegation was said to have rankled a number of
her colleagues who felt scandalized by such revelations.

The mother of two boys said that offensive article misrepresented her
statement and was motivated by the writer’s desire to cause unnecessary
friction between her and her colleagues in the industry.
“That was such a low blow. Why should it be my problem to know – not
to talk about other people’s marriages and what they are doing or not
doing? It is not my nature to make such judgment calls and most of my
colleagues knew the writer of that piece was motivated by hate and not
by the desire to help build the industry and the bond of friendship that
exist in Nollywood…continue reading

If you had attended my premier, you would have seen that almost
everyone who is somebody in the industry showed up. Would they have done
so, if they thought I was a loose cannon or that I take delight in
disparaging other people? No, they  would never have done so! I forgive
the guy who wrote that offensive piece.”

Shan also used the opportunity to condemn in a strong term the recent
news that circulated online that she was photograph nude. “I am really
disappointed by the level of ignorance of some people in today’s world. I
mean who low can they get.

I went out with some friends of mine to mark my birthday and we were
all dressed in swim suit-bikinis. There was no indecent exposure – we
were just having fun. The pictures are all on the net. Yet someone after
seeing the pictures – went and wrote that I was photographed nude.

Can you imagine that? I can’t imagine if the writer cannot recognize
someone wearing a swimming trunk and a naked picture. It is very
annoying. I have morals and I would never pose nude – not for a million
dollars. You know what I have come to see that in this industry: there
are some people who are haters and instead of applauding your efforts,
would rather take delight in painting you in colors that do not
represent who you are. But I am glad that the majority of my fans
worldwide know who I am.”

Recently too, a picture of Shan was posted on line where she was seen
seemingly cavorting with the top Chelsea soccer star, Mikel Obi,
leading to  the speculation that she and Mikel wee dating. When asked,
Shan was incredulous “This is really getting crazy. So I can’t even have
a drink with someone – just innocently, without being linked
romantically with the person?

Mikel Obi is at a talented soccer player whose skills I appreciate. I
am his big fan and when they won the Champions Cup last May, I was over
the moon with excitement for him and his team mates. We met and had a
drink in Lagos recently and that was that! Nothing romantic happened
between us. I am not dating Mikel Obi and I hope some of these
traffickers of lies can go have themselves some life.”