Earlier this week, Cardi B shut down rumors that she is planning to diss Nicki Minaj in an upcoming new song. So fans are hoping that Nicki Minaj and Cardi B will end their ongoing feud soon, but the beef keeps escalating. Nicki Minaj appears to be firing some shots ar her rap rival in Future’s new song, Transformer.

In the song which has Nicki Minaj on it, Cardi B seems to be the victim to some disses in the Minaj’s verse on the song which dropped today. In the lyrics, Nicki can be heard rapping:

“They ain’t warn her, now she out here facin’ karma, had a chance, but got at me now she’s a goner,”

Fans are pointing that this is a direct reference to Cardi B who attempted to throw a shoe at Nicki during a New York Fashion Week party last month but ended up with a shiner instead. The ladies have been in a very public feud ever since.

In the “Transformer” verse, Nicki also refers to herself as the “GOAT” (greatest of all time), which could be her way of reminding Cardi who the “queen.” Plus, she brags about how she’s “pullin a milli” for a show” while “these b***hes is servin’ Milli Vanilli on the low.”

In case you’re unfamiliar, Milli Vanilli is an R&B duo who was exposed for lip-syncing in 1989, which led to them having to give back their Grammy Award and refund fans who had attended their concerts and bought their recordings. This could obviously be Nicki Minaj’s way of saying that Cardi B is a fraud. 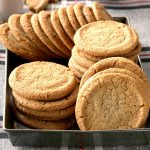 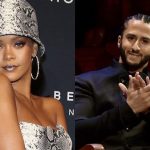