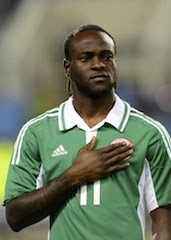 This is the story of a young boy whose parents were murdered during 2002 riots in Kaduna. He was aged 11 years at the time. His parents, Mr Austine and Mrs Josephine Moses, were missionaries until they met their untimely death. The boy left his house to play football but returned home to see that all his parents had laboured for had been razed down and he would never see his mother and father again.
He was taken to London by his uncle almost immediately after the incident. While in London, he began deploying his football skills. Though his parents were murdered, his passion for football was never killed. He played football for his school and later for a local Tandrige League club until Crystal Palace FC approached him. From that point, his career progressed in leaps and bounds.
This player played for England’s under 16, 17, 19 and 21 teams between 2005 and 2010 scoring 11 goals for England during this period. He later moved to Wigan Athletic and now he plays for Chelsea FC. This footballer is called VICTOR MOSES.
His story is a touching one, I share his pains. I also share his courage. He had a choice not to step into Nigeria again but he didn’t take that option.
When the call to serve his fatherland came, Moses dumped England and embraced Nigeria… That is patriotism!
Today, we see a Victor Moses bringing joy to every Nigerian including those who may have inspired his parent’s death… That is Love!
On Sunday, Moses would stand for the National Anthem and pledge allegiance to a country that couldn’t defend his parents… That is faith!
Moses would deliver the “African Cup of Nations” trophy to Nigeria not minding what had happened in the past… That is forgiveness!
Moses rose through bitterness and despair to the limelight of hope and courage.He never gave up on his country. He persevered… That is purpose!
If someone like Victor Moses, despite the bitter past, never gave up on Nigeria, then why should we….! ONE NIGERIA, ONE LOVE! 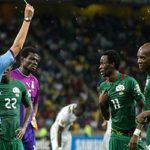