Spotted @ Tribune
A family of seven have died in a mysterious circumstance at Agbor, Delta State. The victims, a retiree of the Nigerian Army, Mr Jacob Ikenchukwu Obuteh, five of his children and a young man believed to be a boyfriend of one of the daughters were found lifeless in their Ime Obi village in Agbor, last Tuesday.
Among them were three kids between the ages of two and three years, grand children of the retired soldier.
Reports from the area said they might have died from fumes caused by a standby generator.
The family were said to have attended a church service last Sunday to cap activities marking the first anniversary of the death of the mother  of one of the daughters of the military afficer in Lagos.
Sources said in the evening of last Sunday, the family switched on their new generating set and that was the last time people in the areas saw them. On Tuesday, when stench started to ….
ooze out from the bungalow, neigbhours became suspicious and decided to force one of the windows  open only to find decomposing bodies.
Following the discovery, other members of the extended family contacted the police who eventually forced the door open.
When police  arrived, it was discovered that the entrance into the bungalow and exit door were locked from behind.
“Five decomposing bodies were found in one of the rooms while the remaining two were found in another room with the generator on the corridor inside the house, having its ignition on but its fuel tank empty,” the family source explained.
When contacted on Thursday, the state police public relations officer, ASP Lucky Uyabeme, confirmed the story. 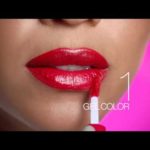 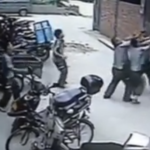