The exiled Russian tycoon Boris Berezovsky has been found dead at his home in Surrey.
The circumstances of the death of the 67-year-old – a wanted man in Russia, and an opponent of President Vladimir Putin – are not yet known.
A former Kremlin power-broker whose fortunes declined under Mr Putin, Mr Berezovsky emigrated to the UK in 2000. Last year, he lost a £3bn ($4.7bn) damages claim against Chelsea Football Club owner Roman Abramovich.
Mr Berezovsky claimed he had been intimidated by Mr Abramovich into selling shares in Russian oil giant Sibneft for a “fraction of their true worth”. The allegations were completely rejected by the London Commercial Court judge, who called Mr Berozovsky an “inherently unreliable” witness.
Mr Berezovsky had made his fortune in the 1990s selling imported Mercedes as well as Russian-made cars. Later owning Sibnet and as primary shareholder in Russia’s main television channel, he supported Boris Yeltsin’s rise to power.
Mr Berezovsky survived numerous assassination attempts, including a bomb that decapitated his chauffeur.
May his soul Rest In Peace 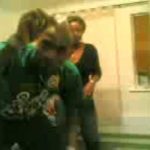