Obaseki obtained the forms on Friday in Abuja, shortly after the PDP National Working Committee (NWC) granted him and his deputy, Philip Shuaibu, waivers to participate in primaries and contest the gubernatorial elections in September.

The PDP national chairman, Uche Secondus, who received Obaseki at the party’s national campaign headquarters, Legacy House, Abuja, charged the governor to see his entrance into the opposition party as an act of God.

Secondus stated that the Edo governor will soon realise that he did not make mistake in his decision to join the PDP as it was a party of responsible people.

“There is nothing to be arrogant about power for anyone who knows God and here in PDP we are guided by this fact,” he stated.

Obaseki, in his response, said since he made his contact with the party, he realised that there was a difference between the PDP and the All Progressives Congress (APC) which he claimed was full of confusion and commotion.

“From what I saw in Benin City today after I joined this party, the increased goodwill, the excitement of the people from all walks of life from their balcony, I told myself no wonder…

“What I have seen here is a far cry from the confusion and commotion from the other side and left me to wonder why I didn’t have this opportunity before now.

“When I met the National Chairman Prince Secondus, I was shocked at his humility and unassuming dispositions, how he told me he would consult because the decision will come from my people, not him but where I am coming from the other side it wasn’t so.

“What I am bringing, I am coming with freshness, I am going to lead a campaign at all levels to enhance the membership of this party in the state.

“The road ahead is not going to be easy with the obvious fall in oil revenue, which our economy depends on. But I want to assure you that with me, you have an equipped person with the energy”, he was quoted to have said. 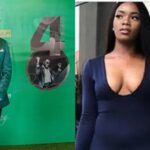