The spokesperson of the police, SP Haruna Mohammed, who disclosed this on Friday, said the suspect, Sunday Akanigbo, was arrested alongside his accomplice, Ikemefuna Muoma, who filmed and circulated the heinous act which took place in April.

“On the 18/6/2020 at about 1:45p.m., Police operatives attached to Ozubulu Division arrested one Sunday Akanigbo ‘m’ aged 30 years of Amakwa Ozubulu in Ekwusigo LGA of Anambra State.

“Suspect had in the month of April this year, allegedly defiled a 12 years old girl, while his accomplice, one Ikemefuna Muoma ‘m’ aged 28 years of same address also arrested filmed the dastardly act.”

READ:  "We Are Not Angels, But We Are Doing Our Best To Serve You Better" – Nigerian Police

Haruna said that the suspects had voluntarily confessed to the offences and the video clip had been recovered from their possession as exhibit.

“The scene was visited by police detectives and victim taken to the hospital for medical examination.

“The Commissioner of Police, CP John B.Abang, has directed that the case be transferred to the State Criminal Investigation Department, Awka, for discreet investigation after which suspects would be charged to court for prosecution,” he said.

Meanwhile, KanyiDaioy had reported how a 75-year-old man allegedly lured a 15-year-old local drink seller into his apartment and raped her in Osun State. 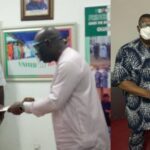 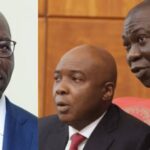