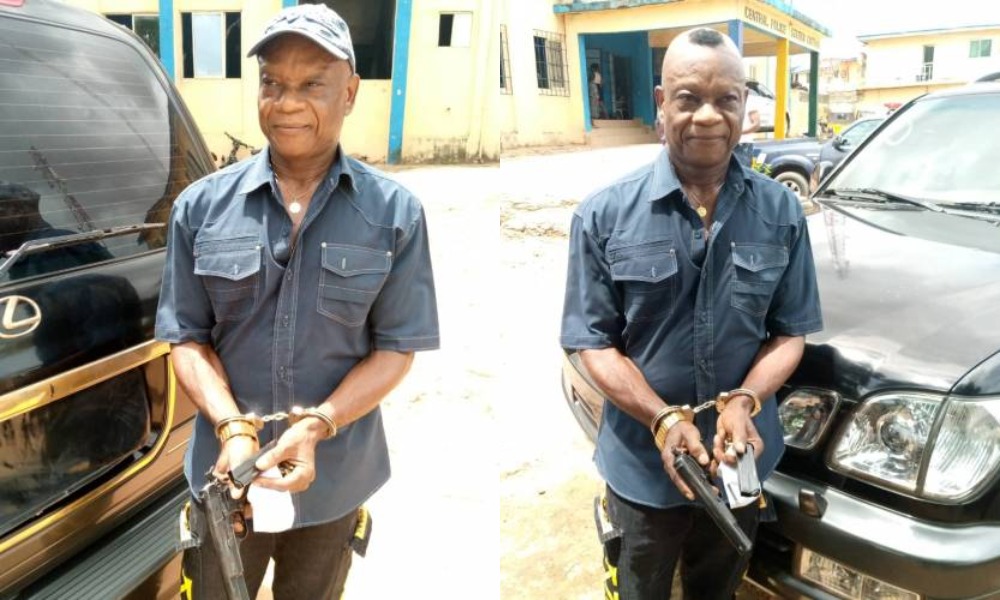 Nweke, the CEO of Best Aluminium Manufacturing Company, a roofing sheet company was arrested at about 12 noon on Friday in Onitsha while he was driving to his office.

The businessman, who hails from Abba in Njikoka local government area, had his car intercepted and searched by police officers, and an automatic pistol was found in his possession.

Anambra State police commissioner, CP John Abang who confirmed the arrest, said that Nweke was arrested by policemen attached to the Inspector General of Police team, known as STS. He said:

“Policemen of the IGP’s STS while on routine patrol at Awada area saw and intercepted a Lexus Jeep which its number plate was covered and then searched the car and the occupant and in the process found a barreta pistol with 10 rounds of ammunition in it.

“The fellow who was in the car, who owns the pistol is one Mr Pius Nweke, male, from Anambra State.

“He has been taken into custody for further interrogation at Onitsha there with STS. He will be taken to Abuja because the STS headquarters is in Abuja. So, definitely he will be moved to Abuja for further necessary actions and interrogations.”

Meanwhile, the president General of Abba community, Engr. C. Anaenwe has described Nweke’s arrest as a frame up. He alleged the business mogul was handcuffed like a common criminal while a gun was placed on his hand.

“Chief Nweke was abducted by the men of the Nigerian police. As at the time of this release, the whereabouts of Chief Nweke is still unknown,” he said.

The President General said the arrest may not be unconnected to a tussle between Abba and Ukpo community over a large plot of land, citing that Abba people were being oppressed and intimidated by their Ukpo neighbours, using the police.

“At present, two out of the five persons arrested on 18th December, 2019 in the Magistrate Court, Umudioka are still in the facility of the Nigerian Correctional Service,” he said.

He added that Abba community hats placed the world on notice that should anything happen to Chief Pius Nweke, the Nigerian police under IGP Mohammed Adamu and another influential son of Ukpo community who he accused of sponsoring attacks on them, should be held responsible.

It was learnt that since trouble broke out between Ukpo and Abba community last year, Chief Nweke has notably stood by his Abba people.