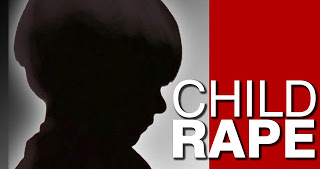 
He was allegedly caught by his wife, Afusat Ogunbisi, while having
carnal knowledge of an 11-year old pupil, whom he allegedly cast a
spell upon while on errand for her mother.

The father of three, two girls and a boy, who resides at Agbado Oke-Odo
Local Council Development Area, Lagos, Southwest Nigeria, was arrested
and detained at Alagolo police station, Ipaja.

A police source at the police station who pleaded anonymity told P.M.NEWS
that preliminary investigations conducted aside the little girl’s
confession, show that Ogunbisi actually had carnal knowledge of the
minor.
The source said that their investigations further revealed that the
accused is fond of taking advantage of little girls in the area by
luring them to his shop, rape and threaten them not to tell their
parents.
He added that the matter will be charged to court as soon as possible in order to allow the law take its course.
P.M.NEWS reliably gathered that the Yewa, Ogun State-born
culprit had earlier been caught and taken to Meiran police station over
same offence few months back, when he allegedly raped an under aged
girl who came to sew cloth in his shop.
Neighbours who came to the police station in company of  the latest
victim’s parents, also attest to the fact that Ogunbisi is fond of
defiling minors in his shop under the pretext of buying things from
them.
It was further learnt that the lid was blown open on the latest
incident when his wife ensured that she traced the house of  the
victim’s parents and report the matter to them.
The alleged raped girl while speaking with our correspondent, said she
was on her way to supply one of her mother’s customers meat pie when
Ogunbisi accosted her, used something to hit her on her chest and she
lost consciousness immediately.
She said that he took her to his room, removed her pant, had sex with
her and warned her not to tell anybody. He also warned her that she
will become dumb if she tried to do so.
“The time was about 4pm and my mother asked me to go and supply meat
pie to her customer who was living around his vicinity. On my way, I
passed in front of his shop and he stopped me. When I did, he used
something to hit me on my chest and I lost consciousness. He then took
me to his room. He removed my pant and slept with me.
“When he finished, he told me that I should not tell anybody, not even
my parents. He said if I try to divulge what happened between us, I
would become dumb. I was frightened. I couldn’t tell my parents when I
got home and I behaved as if nothing has happened to me,” she said.
According to Ogunbisi’s wife, Afusat while speaking with P.M.NEWS:
“I have always kept tab on him because he cannot control his libido. I
have also warned him several times to stop calling all the small girls
either to buy something from them or send them on errands. So when I
noticed this little girl with him, I became suspicious of his movement.
“When I challeged him on what was between him and the girl, he said
nothing was between him and the girl, that she wanted to make use of
the toilet. Not quite long after the girl went to our back yard, my
husband hurriedly gave the paracetamol he had earlier bought to me and
rushed to the back yard too, telling me he wanted to ease himself.
“After some minutes, I decided that I should go and see what was
happening and I caught them in the act. This is not his first time.
There was also a time he raped a little girl  a few months back after
he successfully lured her into his shop. He was arrested and taken to
Meiran police station but was released on bail.  Now he has started
again.
“It was the shame of that incident that made the parents of that poor
girl to pack out of Ikola Eleyin to somewhere else because they
couldn’t stand the stigma the act has brought upon their family.”
According to Iya Ibeji who equally testified against Ogunbisi at the
police station, “that is the way this foolish old man behaves. He’s
fond of taking advantage of little girls in the area. He tried it with
my female twins too but they didn’t fall for his antics because they
were more mature.
“When they got home that day and told me what he asked them to do, I
became very angry and dashed to his shop and warned him severely never
to try such with my children again in his entire life. When I heard
about this recent one, I never knew it was him at it again until I got
here. I think it is high time this old man is severely dealt with in
order to put a permanent stop to his hellish acts,” she said angrilly.
Ogunbisi, while speaking with P.M.NEWS, denied all the allegations levelled against him, saying that the girl was his customer and he did not rape her as was alleged.
“She is my customer and I used to buy puff puff from her. She only
asked for our toilet to be used. It was true my wife challenged me and I
explained everything to her. I never had sex with her and God is my
witness,” he said.
When asked what took him to Meiran police station a few months back, he
said that it was the girl he alleged to have raped that actually stole
his money when she came to sew her cloth in his shop, adding that when
he caught her and demanded for his money, the little girl’s parents
twisted the whole issue and turned it to rape. 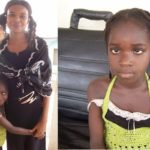 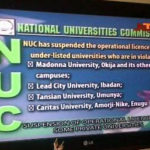