The World Health Organization (WHO) on Monday appealed to countries not to suspended the use of Oxford-AstraZeneca’s COVID-19 vaccine over safety fears. 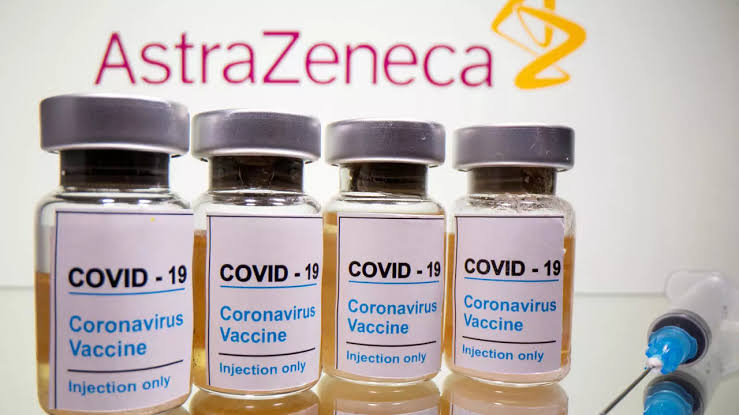 KanyiDaily recalls last week, the health authorities in Denmark, Norway and Iceland had suspended the use of the AstraZeneca COVID-19 vaccine following reports of the formation of blood clots in some people who had been vaccinated.

The suspension comes after a 60-year-old woman, who was given an AstraZeneca shot from the same batch used in Austria, formed a blood clot and died.

On Monday, the number of countries that suspended the use of AstraZeneca COVID-19 vaccine increased with France, Germany, Spain and Italy joining the long list.

READ:  How Anambra Billionaire and owner of Fireman Generator Ignatius Odunukwe was murdered by criminals posing as land buyers

France President, Mr. Emmanuel Macron, said the country was suspending the use of the AstraZeneca vaccine pending a review of its safety by the European Medicines Agency (EMA).

“The decision has been made to suspend the use of the AstraZeneca vaccine as a precaution, hoping that we can resume it quickly if the judgment of the EMA allows it,” Macron told a press conference, adding that an announcement by the EMA was expected today.

Germany’s health ministry announced that it would stop administering the AstraZeneca vaccine with immediate effect, on the recommendation of the Paul Ehrlich Institute (PEI), the country’s authority on vaccines.

“In light of these newly reported cases, the Paul Ehrlich Institute today re-evaluated the situation and recommended a suspension of vaccinations and further analysis.”

In Spain, Minister of Health, Ms. Carolina Darias, said the country would suspend the use of the vaccine for at least a fortnight over blood clot fears.

“We have decided to temporarily suspend (use of the AstraZeneca vaccine) as a precaution for at least the next two weeks,” Darias told reporters.

She said the decision would remain in place until the EMA “analyses the recent incidences of blood clots, notably over the weekend.”

In Italy, Minister of Health, Mr. Roberto Speranza, said the country had joined other European nations in blocking the use of the AstraZeneca-Oxford.

READ:  Revealed! What Buhari Will Do To Obasanjo, Jonathan If Re-elected In The Forthcoming Election

The decision by Italian medicines agency, AIFA, came after talks between Speranza and the ministers in Germany, France and Spain.

Over 12 European countries have so far suspended the usage of the shot, which was jointly developed with the University of Oxford, after reported blood clotting incidents in Europe.

However, WHO spokesman, Christian Lindmeier, advised countries using the vaccine to continue with its rollout, noting that there was no evidence of a link between the vaccine and blood clots.

“As soon as WHO has gained a full understanding of these events, the findings and any unlikely changes to current recommendations will be immediately communicated to the public,” he said.

READ:  What Leads to Receding Gums?

“As of today, there is no evidence that the incidents are caused by the vaccine and it is important that vaccination campaigns continue so that we can save lives and stem severe disease from the virus.”

The EMA – which is also currently carrying out a review into incidents of blood clots – said the vaccine could continue to be administered.

The UK medicines regulator also said evidence “does not suggest” the jab causes clots, as it urged people in the country to get the vaccine when asked to do so.

Following the arrival, the FG announced that COVID-19 vaccination will not be mandatory in Nigeria, adding that nobody will be forced to take any vaccine.

Meanwhile, President Muhammadu Buhari and his vice, Yemi Osinbajo, has received a shot of the AstraZeneca COVID-19 vaccine at the presidential villa, Abuja.

READ:  Joe Biden Sworn In As US President, Calls For Peace And Unity Among Americans [Video]

“COVID-19 Vaccine Is Optional, Nobody Will Be Forced To Take It” – Nigerian Government