Arsenal defender, Andre Santos, was arrested after it was claimed that the Brazilian had driven his car at speeds of up to 209 kph, in a bid to escape from police, British media reported on Tuesday.
He was eventually stopped by officers close to Arsenal’s training ground at London Colney, north of the capital, on Friday, the day before the side’s opening Premier League match of the season.
A Metropolitan Police spokesman said: “Shortly after 9.30 a.m. on Friday, August 17, a 29-year-old man was arrested on suspicion of dangerous driving and failing to stop for police on the A1, near to Junction 22 of the M25.
“Officers’ attention was drawn to the vehicle due to the manner of its driving. The man has been bailed to return at a date in mid-September to a North London police station.”
The man was not breathalysed, police added. He could be jailed for up to two years if convicted of dangerous driving.
Santos was on the bench for Saturday’s match against Sunderland, but did not play in the 0-0 draw 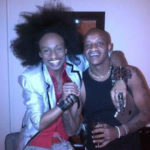