The arrogance of B/H is un-islamic. The type of bomb they are using is small small pikin bomb. If we begin, nobody will stay in Abuja.

We don’t manufacture bomb but we buy bombs & dynamites. I started armed struggle in the N/Delta. It’s because of GEJ that we at quiet. Soon, we will not be able to guarantee our patience any more. If Ijaw people should retaliate, every household in the North will cry. It is the North that needs peace more than us.

Everybody must impress it on them that they should shield their sword. GEJ must convey a SNC. If I were GEJ, I will roll out tanks to Maiduguri when they declared that everybody must become a Muslim. It is only a SNC that will solve the problem.

The solution to the Boko Haram crisis is to dissolve the government and invoke a SNC. But we are not saying Goodluck Jonathan has tried. He has failed. What is Godson Orubebe still doing in the federal cabinet. A time will come if he doesn’t change, our people will say, Goodluck, you are on your own. He has every power and every moral authority to convey a Sovereign National Conference. He must correct the 55 years injustice on us.I want to be fair to IBB and Buhari on the Boko Haram crisis. They have nothing to do and cannot do anything about it. But the fact remains that the political elite of which IBB & Buhari belongs have not been able to address the problem of Boko Haram. They cannot do anything because nobody wants to commit suicide.The Boko Haram people are just killing themselves but cannot kill us.The Amnesty is a bribe. I did not partake in the amnesty programme. Amnesty was just a bribe for the oil to flow. Its the North that needs peace more than us. We carry the resources. The coastal area is in our hands. Even the Presidency is in our hands.” 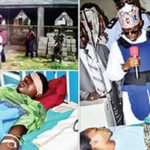 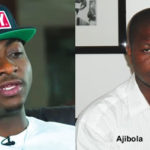