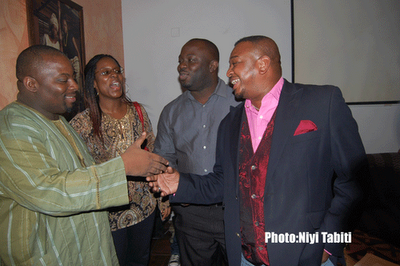 Storm 360 CEO Obi Asika and Beat FM On-Air-Personality Olisa Adibua have parted ways after working together for many years. Obi Asika released a statement today stating that Olisa is no longer a director in Storm 360 company. Read the statement below..

Storm 360 confirms that Mr Olisa Adibua is no longer a director of the company. This decision was reached at a properly constituted company EGM. Mr Adibua was a non-executive director of Storm 360 and has never been involved in the management and operations of Storm 360. The company will not engage in public discussions about its internal business operations. Storm is facing forward and continues to build upon its position as a leading light in Nigeria’s entertainment industry and community.

Thank you, Board and Management of Storm 360 – Obi Asika.

Olisa’s  response to his sack when you continue.

‘As a director and founding shareholder of storm 360 Ltd, my attention has been drawn to certain unfounded statements in the media about my alleged removal as director of the company
There is therefore need to clear the air and put right the mis-stated facts leading to the said publication.
Sometime in 2011 my attention as a director of the company was drawn to certain huge and unauthorized withdrawals running on the company’s Naira and Dollar accounts. Not having been supplied any explanation and having noted the fact that the debits were to the benefit of unauthorized persons, the matter was reported to d police for investigation.
All efforts to get the other members of the board to assist in the investigations proved futile and while the investigations were on-going, a meeting of the company was hastily called in which no notice was served on me and in which the deliberations was conducted in the most clandestine manner.
For failing to comply with legal requirements for such meeting, my solicitors have commenced the necessary legal process to contest the glaringly invalid removal and set same aside.
The investigations into the fraudulent misappropriation of the company’s funds are still on and upon conclusion will reveal all the perpetrators of the fraud against the company which I and the other well-meaning members of the company have striven to build.

The public is advised to ignore such unabashed campaign of calumny as both criminal investigations and judicial proceedings are on-going which will eventually set the records straight. For the avoidance if doubt, I still remain a member of the board of the company and any claims to the contrary are completely false  – Olisa Adibua

Dont seem to understanfd this Naija’s new ish…why give someone the butt on the media sites????

Be confident enough to discuss it with the other party, stating reasons why you wanna end it all up, and then you guys parting ways amicably…. 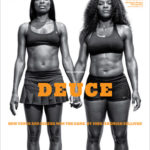