Another Access Bank staff, Caleb Ogbonnaya, Caleb Ogbonnaya, who works at the E-Banking section of the bank at
Oyin Jolayemi branch, Victoria Island, Lagos, reportedly slumped at the
late hours of  Tuesday, September 4, 2012).
Unluckily
for Caleb, he gave up the ghost before getting to Premier Hospital,
where he was being rushed to after he reportedly slumped and this happened barely some days after the death of one Solabomi Olugbemi, another
banker with Access Bank has reportedly died again in a mysterious
manner. To read more about her death, click HERE

Some sources claimed he may have died as a result of hypertension as this has been the bane of over 60% of Access Bank staffs.  A staff of Access Bank in Lagos, who spoke on the condition of anonymity, claimed that some of their staffs are
now scared of the mysterious deaths rocking the bank as they don’t know
who might be the next victim.

The anonymous staff further said
that the management seems not to be bothered about their present
predicaments as their high financial targets are still not being
reviewed. Reports put it that over 60 percent of Aig Imoukhuede
led-Access Bank staffs could die of heart attacks at young age.

As at the time of writing this report, no top officials of the bank has said a word to the press 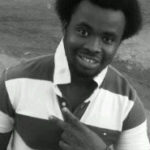