A commuter bus driver plying Ikeja-Obalende route, Lagos State, southwest Nigeria fell inside a pit latrine and died this morning. As at press time, the body of the driver, Mr. Mutiu Owo, who lived at 7 Alimotu Sadia Street, Alagbole, off Coker Street, Cele Bus Stop, where the incident happened, was yet to be removed from the pit latrine by Fire Service men from Akute, Lagos who were contacted by residents of the area.
A resident, Prophet Soji Ademuyiwa of Celestial Church Ogudu Parish, Lagos said the driver, an indigene of Ekiti State, fell inside the pit latrine when he wanted to urinate around 9am after the heavy rainfall today….continue reading
Ademuyiwa said the driver, a father of two, who was in his 20s, wanted to take his bath but when he found out that a co-tenant was bathing, went to ease himself in another toilet, which was dilapidated.
Sources told P.M.NEWS that the tenants of the house where the incident occurred had complained about the bad state of the latrine to the landlady who does not live in the house, but no effort has been made to repair it.
P.M.NEWS gathered that the condition of the toilet worsened this morning because of the heavy rainfall.
Residents of the area have besieged the house to sympathize with Owo’s wife, who sells fruits at Alade Market, Ikeja Lagos, while the efforts were being made to remove his body from the latrine.
Owo’s wife was yet to be informed about his death as she has threatened to kill herself if he died.
Read about the man who killed his wife by throwing her inside a pit latrine HERE 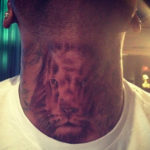