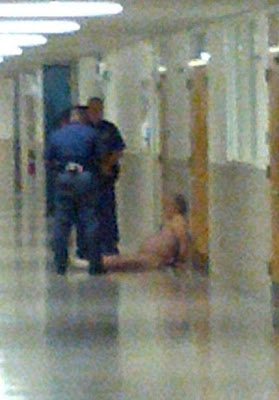 A Michigan professor was taken into protective custody after taking off his clothes in front of his class Multiple sources have confirmed that the teacher in question is John David McCarthy, professor of mathematics, who has taught at Michigan State University since 1985. A student posted a photo on the social media website Reddit with the comment:

“My math teacher just stripped naked during class and was arrested! Go MSU!”

Another student described what happened in greater detail.

“I was in Calc 1 at Michigan State University, and my teacher was always pretty eccentric, but today he went overboard. Half way through class he started screaming at us, swearing left and right,” the student said. “He then started slamming his hands on the window and pressing his face against it, still screaming. Eventually he walked out and down the hallway to the end, all while screaming. He then came back into the classroom and took off his clothes, except for his socks. You know someone’s crazy when they leave their socks on lmao. At this point everyone in class ran out. We were literally scared for our lives. The police took about 15 minutes to get here and during this time he continued walking around screaming.” 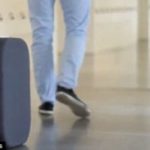