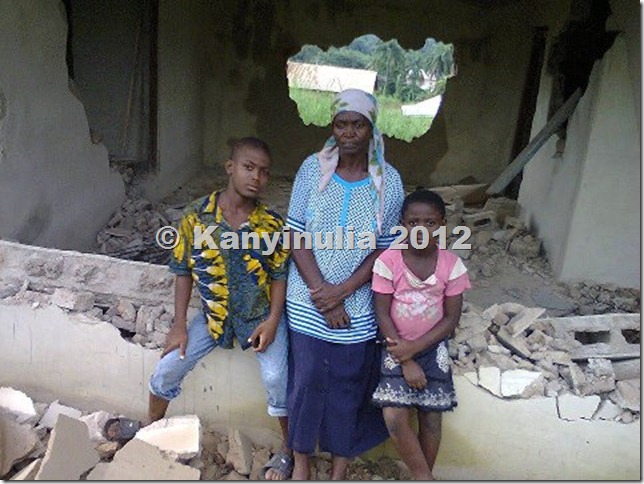 ”Osuofia (NKEM OWOH) demolished a house belonging to a widow Mrs Gloria Ayogu in Enugu State  (see pix) on 30th September 2012, claiming ownership when it was clear he never owned the land!

They would have parked into the house this December to celebrate their first decent Christmas since her husband passed on in 2004 but that dream seemed to have been shattered by the land grabbing actor who has used all forms of intimidation including the police to harass the poor woman and her children out of her husband’s property.

The question everyone have been asking is, what is so special about the land that Osuofia, a respected Nigeria would want to die for.
Could this have been possible if the woman’s husband were alive?

A good number of fair-minded friends have been asking that I try to get Osuofia’s (Nkem Owoh) side of this House Demolition SAGA. I have never pretended to be capable of speaking on his behalf since I know enough to declare him guilty even before he gets to court.

However, to help him add his voice to this debate, I have been able to get his phone number.

You can therefore call him on 08033137311…..meanwhile calls and texts to his phone were not answered or replied! 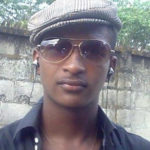 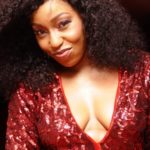