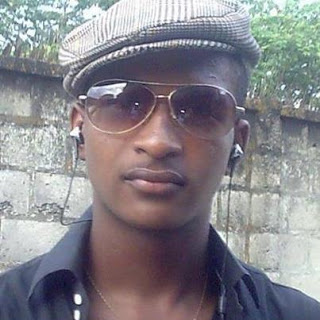 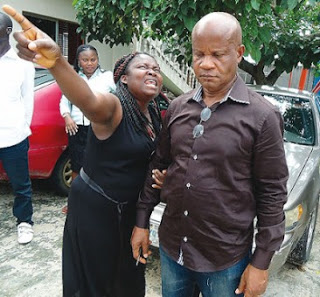 Mrs. Jane Toku, the mother of Lloyd, one of the four undergraduates of the University of Port Harcourt that were lynched at Aluu community in Rivers State, says her son’s death will always haunt her. She also expressed shock that the crowd could watch how her son and his friends were gruesomely murdered.  Jane spoke with our correspondent amid tears on Monday in Port Harcourt.
Jane said, “When we got there, one of them was still breathing. He was gasping for breath, but the crowd…they were all there watching while my baby (Lloyd) was butchered. Come to my area and ask questions about my child; the child I trained.
“Penultimate Sunday, we went to church, Salvation Ministry; that is where he worshipped. We all went together for the second service. He stayed back for the remaining service. When he came back, he started preparing to go to school. I can still see him as I talk to you. “He brought out a book; ‘How Faith Works’ by David Ibiyomie and he said ‘Mummy, read this book and you will know what faith is all about. By the time I come back on Friday, you will tell me what faith is all about.’ “Ever since, I have been moving around with that book, so that I could read and not get him angry when he comes back from school and ask me about what I learnt from the book. “Thursday was his daddy’s birthday. He (Lloyd) called him and wished him happy birthday. When his daddy asked him if he would be coming home to celebrate the birthday with the family, he (Lloyd) promised to be back on Friday after lectures. “But on Friday morning, we got the call that my son was being beaten. How can I erase the fact that my son was lynched from my mind? He studied very hard and got admission into the university.” Meanwhile, the community was like a ghost town on Monday as the inhabitants of the area left their homes to avoid being arrested by security agents.Shops, restaurants and mini supermarkets were also shut by their owners who felt students of the university were planning a reprisal on the community. Four students were on Friday morning lynched by suspected members of the community for allegedly stealing laptops and mobile phones. Students living off campus in the community were not left out in the rush to leave the community to avoid the wrath of security agents, who had been patrolling the area. The police had since the killing of the four students arrested 13 suspects from Omuokiri village in Aluu, including the village head. Immediate past President of UNIPORT Student’s Union, Mr. Rhino Owhorkire, told our correspondent that students had shelved the idea of any reprisal. Owhorkire vowed not to rest until those behind the killings were brought to book. Lloyd’s parents appealed to government not to allow those involved in the gruesome murder of their child and his friends go scot-free. Lloyd Toku was a 200 level undergraduate of Civil Engineering at the university before he was killed. Speaking with PUNCH Metro on Monday, Lloyd’s father, Mr. Mike Toku, insisted that his son was neither a thief nor a cult member. Toku, who is the Assistant Director, Presentation, Radio Rivers and a father of three male children, narrated how he got a distress call that his son was being beaten up by a mob. He said, “On Friday morning at about 7am, we got a distress call that our son was being beaten alongside two of his friends. So, we quickly rushed down. Initially, it was very difficult for us to locate the place, but by the grace of God, we were able to locate the place. “By the time we got there, we saw a mammoth crowd with a few Joint Task Force members there. So, we pulled through the crowd and when I tried to move closer, the JTF operatives told me to move back. Later on, one of my cousins supported me and we moved on again and explained to them (JTF operatives). “I move close to the four corpses on the ground and I discovered that one of them was my son. We were also able to identify the other three as his friends. We took the corpses to UPTH to ascertain whether they were still alive. A doctor came out, examined them and they were all dead. My son is the nicest of the whole. He has never stolen before,” Toku explained amid tears. He called on government not to allow those behind the gruesome murder of his son and his friends to go unpunished. “All I want is for justice to be done. That’s all. Whoever carried out that dastardly act should be brought to book. That is all I want. I have not got assurance from anybody that justice will be done. I am yet to get that (assurance). Nobody has talked to us yet. Also, Toku’s wife, Mrs. Jane Toku, stated that the crowd was watching while his son was being butchered to death. 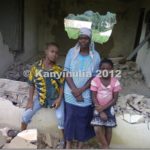