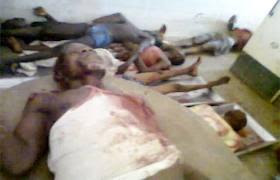 Following Police investigations into the killing of about 46 students of Federal Polytechnic Mubi in Adamawa State by alleged unknown gunmen or cultists last week, Vanguard can report authoritatively that the killings were perpetrated by an Islamic sect and that masterminds of the gruesome massacre were three students of the polytechnic and one student of the Adamawa State University, Yola.

Boko Haram Students members in Mubi polytechnic & Adamawa State University are the killers and it was those that lost school election, who got in touch with their terrorist members for a revenge mission.

Police sources in Abuja disclosed to Vanguard yesterday that 30 suspects had so far been arrested in connection with the massacre and among them are 12 confirmed members of Boko Haram and the four students who have also been confirmed to be members of the dreaded Islamic sect.

Vanguard was told that from investigations, the masterminds of the killings, belonged to the opposition during the election for the Student Union Government who had boasted that they cannot lose the election as there would be consequences if they didn’t win, a threat that was waved aside by the generality of the students.

When the results were eventually announced and the opposition lost, the three students who are also members of Boko Haram, got in touch with their members for a revenge mission that was timed to occur in the night when all the union leaders as well as their supporters would be in their hostel.
The murder was largely successful because the killers knew the names, abode, movement and whereabouts of their fellow students. Asked if there was a hint of ethnic cleansing in the killings, the source said it was purely election issues and that both Christians and Muslims were killed.

On what will become of the arrested culprits and other suspects, the source said that as soon as investigations were completed, they will be charged to court to face appropriate penalties. 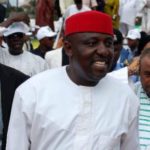