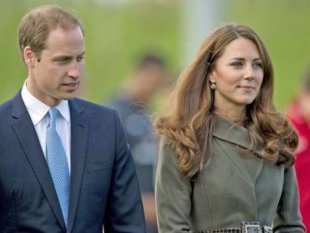 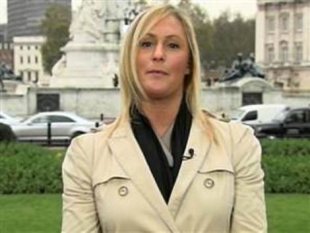 Before Kate Middleton confirmed she was pregnant, Kate’s friend spilled the beans. Uh-oh. On Monday, the royal couple’s reps made an official announcement, putting to rest the seemingly endless speculation dating back to their honeymoon. The pregnancy is in its “very early stages,” read a statement from St. James palace. “The entire royal family is delighted with the news.”

“They’re planning to make an announcement in December,” Hay told the magazine. “They’ve discussed it endlessly and don’t want to be older parents.” She went on to predict William to be a “hands-on dad” and even dished about the amount of kids they plan to have. “It seems very traditional, but of course they’ll be happy with boys or two girls, they don’t want more,” she revealed.

What will the royal spawn look like?
Not long after her quote was picked up by hoards of press, Kate was admitted to the hospital for severe morning sickness, and the royal couple couldn’t keep their secret much longer. Officially, the couple’s parents were the only ones in on the news before the Palace’s Monday morning announcement.
But Hay seemed to have more than a hunch in her November interview with the tabloid. If you’ve ever been over-excited about a close friend’s big news (finger pointing at self) you may feel a tinge of sympathy for Hay. It’s hard enough to navigate the delicate protocol of who knows what, when your friend isn’t famous. But when she’s one half of the most famous couple on the planet, the rule is simple: don’t tell anyone—especially reporters.
The new parents. (Getty Images)
This isn’t Hay’s first bout with foot-in-mouth disease. The 30-year-old is responsible for much of what we know about Middleton and her romance with the Prince.
As far back as 2005, Hay was dishing to British tabloids about the burgeoning love story of Kate and Will.
Hay first met Middleton at Marlborough College, an elite boarding school that Kate transferred to at the age of 14. The two become friends and lived in the same dorm. Much of the intel Hay has provided over the years dates back to their high school days. She’s revealed that Kate often mooned other kids from her window, and also recalled a night where the two girls shared a drunken kiss. None of those juicy tidbits could have pleased the queen.
According to Hay, she was friendly with William long before Kate even met her future husband. While still in high school, Hay dated William’s cousin and spent time at the palace with Harry and Will. Once, she claims she even caught the “shy” Will coming out of the Palace bathroom in a “pink fluffy robe.”
Other details she’s revealed over the years to tabloids, biographers and news outlets, are extremely intimate.
“[Kate] never lost her virginity at school,” Hay said in one interview published in the book “William and Kate: A Love Story.” “In fact she only had two or three snogs.”
In an interview with News of the World in 2011, Hay outed Middleton as a victim of bullying. “There was a group of girls that called her names and they stole her books and stuff—little things like that.”
Hay later retracted parts of that interview claiming she was misquoted. Adamant that she wasn’t “selling out” by revealing royal secrets, she insisted she was never paid for an interview. After all that, it’s surprising Hay would even grant another interview with a magazine.
Royal babies through the years
But Hay isn’t one to shy away from the spotlight. According to the Daily Mail’s sources, Hay quit her job at a law firm to focus on “sharing her story” with the media. After the royal engagement announcement, Hay had a regular presence on NBC’s Today Show, as one of their “royal wedding correspondents.”
It’s not clear whether her old school friends were outraged by her betrayal, or somehow happy with the arrangement. Hay was, ultimately, a guest at their wedding.
Could Hay be working on the inside, airing information to the public that Will and Kate can control without getting palace approval first?
No chance, according to ABC News royal expert Victoria Arbiter. “The couple do not have and would never have an unofficial mouth piece.”
“I have never come across a royal unofficial mouthpiece,” adds Charles Jacoby, author of “The Royal Family Almanac.” “Princess Diana didn’t use unofficial mouthpieces so much as attributable briefings to the press.” Those briefings often were filtered through Diana’s biographer and close confidant, Andrew Morton. A valuable resource for the late Princess, Morton was key to providing an intimate portrait of a woman stifled by micro-managed protocol.
Kate’s friend dishes on pregnancy
If Hay at first appears to be a turncoat friend and a publicity hound, there are Morton-like signs that she’s fostering Kate and Will’s public image in a positive way. She was adamant that Kate never drank in high school, and that William was the man of Kate’s dreams—even before she befriended the prince at university.
In the months leading up to the royal nuptials, Hay sounded almost as if she were speaking on the couple’s behalf.
“We are living in a more modern world now and I think because [Will and Kate] are such a support to each other, that they do want to organize their own wedding…with Catherine as the main organizer,” Hay said in a Today Show interview.
Despite her near flawless track record, Hay’s intel hasn’t always been accurate. At one point, she told Today that the couple planned to wed in July rather than April. That may have been part of the couple’s master plan to throw off the press, but more than likely, it was a mistake made by someone outside the “inner-circle.”
There’s a good chance Hay isn’t as close to her high school friend as she once was. She might not have even known about the pregnancy, as one insider believers.
“Jessica Hay just got very lucky on timing,” Victoria Arbiter tells Shine. “Rumors have been flying for weeks. We knew this news was coming post Jubilee so Jessica Hay decided to speak and got lucky.”
“No friend or trusted member of the inner circle would ever talk to the press,” she adds. If they did they would immediately be out in the cold.”
If that’s the case, Hay might not be the best source for royal baby updates in the future. Then again, old friends have a way of hanging on.
Source: Yahoo 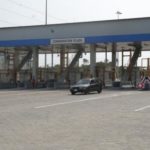 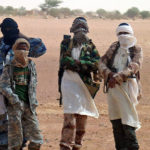