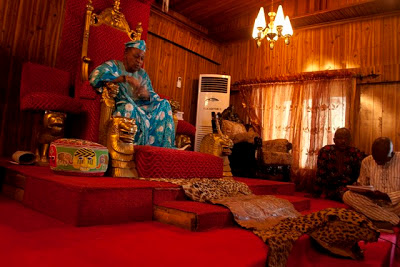 The palace of the Alaafin of Oyo, Oba Lamidi Adeyemi has been gutted by fire. The inferno razed down about 21 rooms of the ancient palace.

According to the Media Assistant of the monarch, Alhaji Azeez Fehintola, the fire started around 6am this morning and razed uncontrollably before the arrival of fire fighters one hour later…….Immediately I got here and saw the extent of the damage done to the palace by this early morning conflagration, I could not but break down into tears.

The fire, which broke out from electrical surge, started around 6 a.m and was contained after about three hours.

“The fire-fighters came at some minutes past seven and battled it till it was finally put out. Every part of the affected apartments were completely razed.
It was a really sad day for the ayabas because many of their property were destroyed. They keep their monies in the palace, Plasma television, jewellery, clothes, bags and many other valuables yet to be ascertained”, he said.

Mostly affected parts are the flats of Princess Folasade (Iyaa Meta), Princess Rukayat, and Princess Abibat.
It was gathered that some undisclosed amount of money was burnt.
Besides, some rooms known as Ile Ori, Ile Ifa where artifacts are stored, plasma television, clothes, shoes, jewellery and bags were destroyed by the raging fire.

Though no life was lost nor anyone injured, queens wore forlorn looks.
The monarch did not grant any interview as he was not in the mood to entertain any questions.
He remained indoors and refused to show up.

It was learnt that electrical surge from the Power Holding Company of Nigeria ignited the inferno.
The fire fighters who later put out the fire said they could only confirm the incident but could not say what led to it. 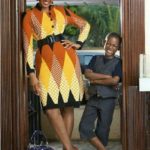 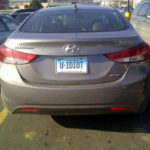