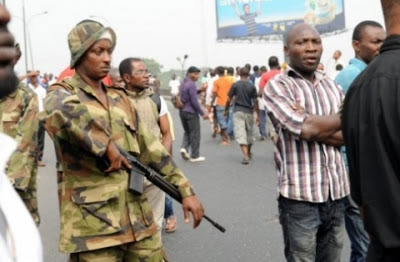 One of Boko Haram’s deadly leaders, Hassan Pagi BUKAR has been arrested in the house of a 2003-2007 member of the House of Representatives (names withheld). The Boko Haram leader was, according to reports, arrested along with the security guard of the erstwhile lawmaker. The one-time member of the House of Reps was arrested and interrogated. He is now a daily guest of the security agency that effected the arrest.
The arrest and interrogation of Bukar, a Boko Haram leader, had started yielding results. The arrest was made in the Gwarimpa area of the Federal Capital territory, FCT, Abuja.
For instance, the suspect reportedly disclosed, upon interrogation, that his brief as a sect member was to “carry out robbery activities by dispossessing members of the public of their cars”.
The security guard in the former House of the Reps member’s residence (who was described as a mere gateman) was said to have been “employed from Sokoto”.
During further interrogation of Bukar, it was learnt that he disclosed that the cars used for suicide bombings by the sect were stolen vehicles.
One of the very indicting statements of Bukar, the source said, “was that he implicated the former Reps Member by saying that he also buys some of the cars from him (Bukar) when they are stolen 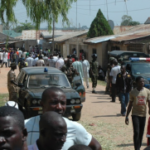 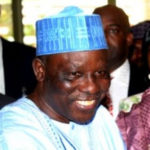