Olusola Oladimeji, the driver of the Toyota Sienna that fell off the Third Mainland Bridge into the lagoon on Saturday, has described his escape as a miracle. The father of three said contrary to reports by traffic and emergency officials, he was not on high speed when the incident occurred.
Oladimeji, who is a minister of the Mountain of Fire and Miracles Church, said he was on his way home from work.
He said, “I work on the island and I left home for a meeting in the early hours of Saturday. After the monthly environmental sanitation, I started driving back home.
“I was driving at the speed of 60km/hr and was on the fast lane because the road was free. At Ebute Meta bypass, I saw two vehicles that had been involved in an accident but I kept on driving. Suddenly, everything went blank, I couldn’t see anything again, and I just found myself in the water.”
Oladimeji said he did not lose consciousness in the water and as such, was able to loosen the seat belt.
He said in the water, he saw a ray of light and swam towards it.
He said, “I was not on high speed. When the car hit the railing of the bridge, the airbag was not released.
“After falling into the water, I unfastened the seat belt and noticed that one of the doors of my car had broken off, so I swam out of the vehicle to the surface of the water even though I don’t know how to swim.
“It was while I was waving my hand that fishermen saw me and quickly came to my aid. They took me away from the scene and took me to a clinic located on the water where they administered the first aid.”
PUNCH Metro learnt that Oladimeji was later taken to the Lagos State University Teaching Hospital where an X-ray scan was conducted on him.
“The doctors said that my leg was not fractured. They, however, cast my leg with Plaster of Paris because I had a sprain,” he said.
Oladimeji said contrary to what is written on his medical report, he is 43 years old not 53.
Our correspondent, who visited the Abule Egba home of the victim, observed members of his church came in droves to felicitate with him.
A pastor at MFM, Berkeley Parish, Mrs. Praise Onanuga, said the incident was an indication of the existence of God.
She said the victim had just bought the car eight days before the accident.
She said, “Brother Oladimeji is the leader of prophetic group and a house fellowship coordinator. He was supposed to have been at a vigil with us the night before but he begged to be excused because of the meeting he was to have on Saturday.
“He bought the car just eight days before the accident and we were supposed to do the dedication today (Sunday) but we thank God that we were not put to shame.
“We will hold a thanksgiving for him soon because this is a miracle.” 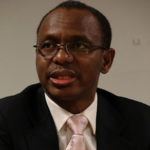 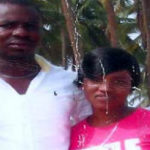