Societe Generale Bank of Nigeria, SGBN, will be re-commencing operation today, Tuesday 29 January, but this time as Heritage Bank. It will henceforth operate as a regional financial institution, rather than the national player it used to be.
SGBN, founded by the late Dr. Olusola Saraki, was arguably one of Nigeria’s biggest banks, with over 140 branches spread across major cities in the country. The influential Saraki family, now headed by Senator Bukola Saraki, immediate past Kwara State governor will no longer be dominating control in the bank. In the new dispensation, International Energy Insurance, IEI, has acquired a major stake in the revived financial institution, with the Saraki family also retaining a 10 per cent shareholding, but with no principal control. Ifie Sekibo, a trained accountant and member of the Chartered Institute of Bankers and Institute of Petroleum, London is the Executive Vice Chairman of IEI.
The Central Bank of Nigeria, CBN, revoked SGBN’s licence in 2006 for its inability to meet the 31 December 2006 recapitalisation deadline. The CBN had increased the minimum capital for banks to N25 billion in 2004 and given them up till the end of 2006 to conclude the consolidation. But SGBN was among the 64 banks that couldn’t meet the recapitalisation requirement or seal a merger/acquisition arrangement with any of the 25 banks that sailed through.
But the owners had gone to court challenging the licence revocation. In June 2008, Justice Binta Murtala ruled that the CBN decision was “in bad faith, constitutional, null and void.”
In the new arrangement, Heritage Bank has met the statutory N10bn capital base for regional banking. Mrs. Josephine Aligwekwe, Group Head, Corporate Affairs of Heritage Bank quoted the CBN letter dated 27 December 2012 conveying the commencement approval titled: “Re: Application For A Commercial Banking Licence With Regional Authorisation. Thwe letter was signed by the CBN Director of Financial Policy and Regulations, Chris Chukwu.
The immediate task the new management will be undertaking is validating the account statements of former customers of the moribund SGBN. Already it is informing “all customers of the former Societe Generale Bank Nigeria Limited to look out for announcements in the national dailies detailing the processes and procedures for the account validation exercise.” The exercise will last for one month. 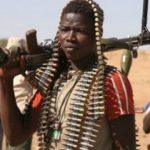