Two days ago, I wrote a story about a man who opened fire on his girlfriend and members of her family killing her and 7 others. One of the survivors from the incident narrates her ordeal to Sunonline, read below:
Lying on her hospital bed and staring into space, Miss Katherine Ijedinma, couldn’t fathom out how she escaped from gunshot fired by the 27-year-old man (name withheld), who stormed her and gunned down everyone on Saturday, February 16.
The man, a native of Imo State, visited the homes of Mr and Mrs Henry Ekene Ozor and that of Mr and Mrs Odia at Igando, Lagos, at night and shot his victims in cold blood over his relationship with Sandra, Katherine’s twin sister which her parents did not approve of. The thought of the incident that led to the brutal killing of at least seven family members gave the young lady of 24, a frightful look.
Narrating her experience, Katherine said: “We were at home when a man jumped the fence into the compound. Everyone was shouting Ole! Ole! (thief, thief). I checked and it was the guy that was dating my twin sister and he was carrying a gun. I was asking him what are you doing here and he asked us to go inside, I was carrying my aunt’s baby. “He said I was the one that asked my twin sister not to marry him.
I told him that I wasn’t the one but before I knew what was happening, he asked me to raise my clothes up that he wanted to shoot at my belly. Fearfully, I lifted my clothes up. He aimed the gun at me and as he was about shooting, I jumped up and I didn’t know what happened again.” Waking up on the hospital bed, Katherine saw that it was her thigh that the bullet hit. According to her, the man carried a big gun, aimed at her stomach and shot.
On who the alleged killer was, Katherine said: “I don’t know how my twin sister met the guy but all I know is that they were friends and the guy lived in Warri, Delta State.” Right now, Katherine, who is grateful to God that the suspect didn’t kill her doesn’t even know that her twin, two elder sisters and children whom the man later shot are in the morgue. Also, the world of Mr Ozor has suddenly collapsed with the gruesome murder of his eight-month pregnant wife, elder sister to Katherine and others.
Since the incident, Ozor said he had not eaten any food except water. Ozor, who described the whole scene as terrible, said he had never seen anything like that before. “They said my wife tried to run away but this man pursued her and shot thrice at her. I have been trying to transfer the corpses, but it is not easy. I don’t know how I manage to do all the work that I do, going from one ward to the other to attend to them and to other places. It is only by God’s strength.
“I have refused to think about the whole scenario because I don’t know where to start from. Right now the aged parents of the deceased in Igbodo, Delta State, are yet to be notified on the death of their three children and four grandchildren. The suspected killer, whose first point of call was the Ozors, shot Sandra, his girlfriend; Katherine, his girl friend’s twin sister; Mrs Ozor, Sandra’s elder sister; Mrs. Ozor’s first daughter, Happiness and second daughter, Bethel.
While others died on the spot, Katherine and Bethel survived and were rushed to an undisclosed hospital. Three-year-old Miss Victory was spared. After that, the killer went to the home of the Odias and killed Mrs Ngozi Odia, eldest sister to the girlfriend and her three children including Angela, 12; Chidinma, 10 and Chinenye, eight years old. The suspect is still on the run but since then he has allegedly been threatening Mr. Ozor through calls. 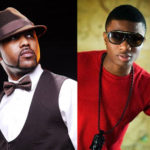