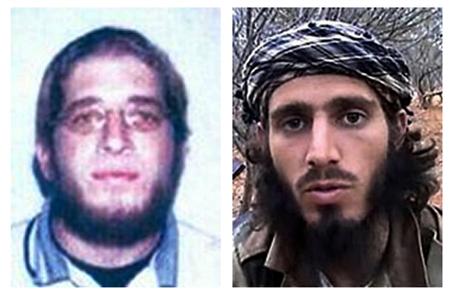 I know some of you are jobless, and if you’re in Africa, Somalia is not far away…Tighten your boots; you’re days away from being $10million richer…Lol
The U.S. government on Wednesday offered rewards of up to $5 million each for information leading to the capture or conviction of two U.S. citizens alleged to have become fighters for the Somalia-based Islamic militant group al Shabaab.
In announcements posted on its “Rewards for Justice” website, the State Department identified the two men as Omar Shafik Hammami, alias Abu Mansour al-Amriki, and Jehad Serwan Mostafa, alias Ahmed Gurey or Anwar al-Amriki. Hammami is a former resident of Alabama and Mostafa a former resident of California, it said.
Hammami is alleged to be a particularly notorious American volunteer for al Shabaab who made propaganda videos for the group, including pictures portraying him as a fighter rather than a mere spokesman, a U.S. law enforcement official said.
The State Department said Hammami moved to Somalia in 2006 and a year later began serving as an al Shabaab propagandist, particularly targeting potential English-speaking recruits through writings, videos and rap songs. Federal authorities in Alabama issued a warrant for his arrest in December 2007.
The government website said that at some point, Hammami led a group of al Shabaab foreign fighters under the supervision of Mostafa.
The website described Mostafa as a native of Waukesha, Wisconsin, who had lived in San Diego before moving to Somalia in 2005. He is on the FBI’s list of “Most Wanted Terrorists,” and in 2009 a warrant for his arrest was issued by federal authorities in San Diego.
Given the long-standing notoriety of the two men, it is unclear why the State Department decided to post reward notices for them now.
U.S. government sources say it is apparent from messages posted on the Internet, including what amounted to a “Twitter war,” that in recent months Hammami has fallen out bitterly with al Shabaab’s leadership. He has publicly criticized its leaders for allegedly limiting their ambitions to local struggles and in one video expressed concern for his personal safety.
Hammami’s whereabouts are presently unknown and he is believed to be on the run from al Shabaab, which may have targeted him for death, said a U.S. official, speaking on condition of anonymity.
Though its ambitions are largely local and the conditions under which its cells operate in the Horn of Africa are believed to be harsh, Somalia-based al Shabaab has been successful in recruiting English-speaking would-be fighters from both the United States and Great Britain, often from local communities of Somali immigrants.
In February 2012, an al Shabaab leader released a video with Ayman al Zawahiri, Osama bin Laden’s successor as leader of what remains of al Qaeda’s original core organization, in which the two groups announced they were affiliating with each other.
Experts say al Shabaab may have a larger contingent of English-speaking foreign fighters than any set of militants other than the rebel groups fighting the government of Syrian President Bashar al-Assad.
Literally dozens of English-speaking foreign fighters are said by European security sources to have joined anti-Assad cells, including the al-Nusra Front, an Islamic militant faction that the U.S. government has designated as a terrorist group. 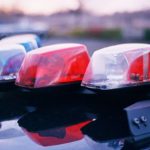