One person has been shot, while many others have been arrested as some men in Military Camouflage invaded the Palace of Ex-militant leader and traditional ruler, Ateke Tom Amanyanabo of Okochiri Kingdom, Okirika Local Government Area of Rivers State.

The soldiers, all heavily armed, broke into the palace and ransacked the entire building. They also fired gunshots into certain areas in the palace grounds.

An aide to Ateke Tom said the soldiers shot one person was allegedly killed in the invasion, while several persons were arrested. He said:

“As I speak, the whole community is in commotion with soldiers shooting sporadically into the air, with one person killed.

“They have also arrested some guests who called on the king, while one Ola from the Big Brother Show was beaten blue and black by the marauding soldiers.”

Tom Ateke, a former militant leader, embraced Amnesty in 2008 alongside his fighters, so the motives behind the raid are currently unknown. 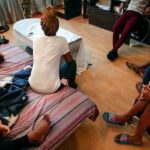 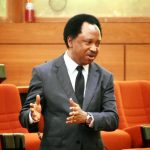