“I cried really hard. But what choice did I have?” were the words on 19-year-old Blessing Obuson, a Nigerian ‘Super Eagles fan’, forced into prostitution in Russia.

Another 21-year-old woman said: “They don’t give you food for days, they slap you, they beat you, they spit in your face… It’s like a cage.”

In roughly three months, it’ll make it one full year thousands of fans flew across countries to cheer the Super Eagles as they participated in the World Cup which took place in Russia in June 2018.

However, contrary to expectations, not only are thousands of supposed Super Eagles fans missing, it turned out some members of the Nigerian fan base were sold into prostitution.

One of such victims is 19-year-old Obuson, who went to Russia in the hope of finding a job.

According to Reuters, Obuson had nursed dreams of working as a shop assistant to help with her two-year-old daughter and younger siblings resident in Edo State, but she ended up locked up in an apartment in the outskirts of Moscow and forced into becoming a sex slave alongside 11 other Nigerian women.

Reprieve, however, came the way od Obuson and other victims when she told her story to a client, who spoke English and involved anti-slavery activists, leading to a raid on the apartment.

According to the case, which is still under investigation, a police officer had posed as an interested client willing to buy off Obuson for 2million rubles (around $30,000), which led to the arrest of two Nigerians.

Eight other Nigerian women, between the ages of 16 and 22, also told Reuters how they were victims of violence and also came into the country as Super Eagles’ fans. The fan identity cards grant them access to the country without necessarily needing visas.

According to the Police in Russia, 1,863 Nigerians had not left the country as of January 1, 2019 — six months after they came into the country for the World Cup, and at the time the IDs expired.

In September 2018, 22-year-old Alifat Momoh was said to be the victim of murder by a man who refused to pay for sex.

Kenny Kehindo, an anti-slavery activist who works with non-governmental organizations in Moscow, puts the figure of women who came into the country as fans at more than 2,000. 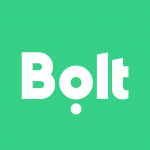 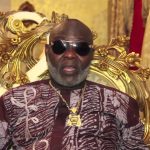