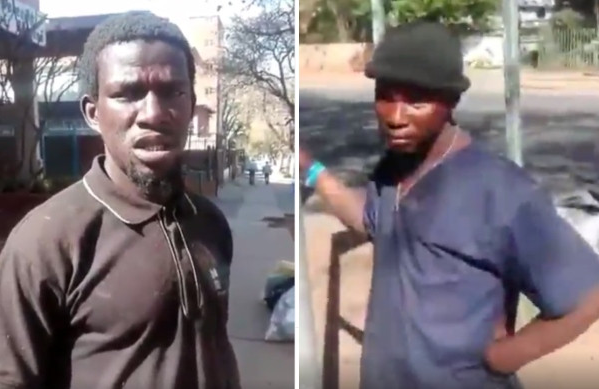 South African eye witness has come out open to confirm that it was Tanzanian drug dealers in Pretoria who killed the taxi driver that sparked the latest xenophobic attacks in South Africa.

KanyiDaily had reported that the current wave of xenophobic attacks in South Africa was launched after a taxi driver was shot dead in Pretoria CBD when he and his colleagues confronted some drug dealers in the neighborhood to clean up the community.

Speculations that the alleged killer was a Nigerian sparked protest, looting and burning of business centres owned by foreigners, especially Nigerians.

However, two eyewitnesses present at the scene of the incident revealed that Tanzanians are in-charge of the territory and they killed the taxi driver with a pistol snatched from a police officer.

The eyewitnesses further revealed that Nigerians were framed in the attack. They asserted that there was a plot to make Nigerians look bad after the killing.

“This drug is been sold by Tanzanian guys to these South African guys always taking it, so these taxi drivers are trying to eradicate the sale of the illicit drugs, so they have been chasing the Tanzanian guys everywhere they are seen selling drugs.