The deputy speaker of the Nasarawa State House of Assembly, Hon Godiya Akwashiki (APC – Eggon West), was caught in the act of trying to sleep with a politician’s wife.

According to reports, the incident took place yesterday night at a private residence in Maitama area in Abuja.

Godiya Akwashiki, who was elected as a Senator on Saturday to represent Nasarawa North, was caught attempting to have carnal knowledge of the married woman who is believed to be the wife of the immediate past executive secretary of NJC and chieftain of the ruling All Progressives Congress (APC), Alh. Danladi Halilu Envuluanza(aka C.R).

The lawmaker was beaten and stripped naked by unknown persons. Though it was learnt that the politician’s wife purposely set the trap for Godiya’s embarrassment because has been on her neck for sex since last year.

Meanwhile, the lawmaker’s camp has denied the report that he was trying to have sex with a politician’s wife. They claimed he was stripped naked at gunpoint and set up in a bid to embarrass him after the politician’s wife had invited him for dinner.

Read the press statement below.

Godiya who currently represents Eggon West in NSHA was on Friday reportedly stripped naked at gunpoint.

Thugs believed to be heavily armed beat him to stupor at the Maitama’s residence of Alh. Danladi Halilu Envuluanza after he honored the wife’s invitation for a dinner to celebrate his latest electoral feat.

Sadly however the Dinner’s invitation was with a different motive. According to an eyewitness, Hon. Godiya upon arrival met the shock of his life as unknown men seized him.

The eyewitness, a neighbor narrated that the victim was beaten, stripped naked and photographed to smear his public repute.

His pockets were emptied by the assailants who rained all sort of insults on him most notably ‘banza arne’, which literally means ‘unbeliever’ in Hausa, a spoken language of northern Nigerians.

Godiya who was unconscious for minutes after severe beating was earlier urging for calm.

He promised to sweep the matter under the carpet if set free. The passionate appeal however fell on deaf ears. His clothe were tore and footwears taken away, leaving him naked and barefooted.

A call by unknown person who reported the incident to the security saved Godiya from the hands of the abductors. He has been rushed to an undisclosed hospital for medical attention. 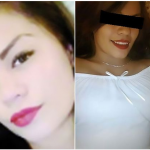 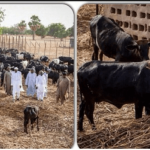