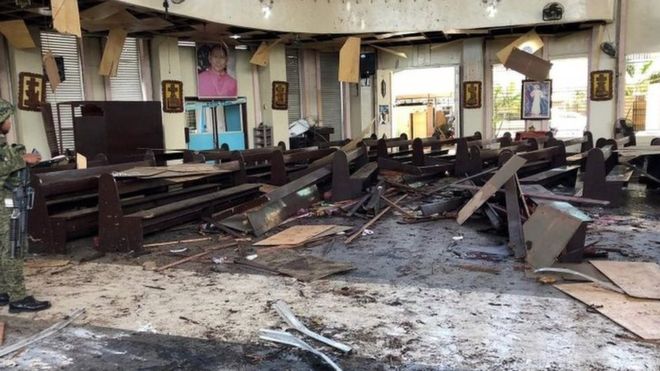 The first blast happened as Sunday Mass was being celebrated at the church on Jolo island, where Islamist militants are active.

As soldiers responded, a second device was detonated in the car park.

The attack comes days after a majority-Muslim area in the region voted for greater autonomy in a referendum.

No group has so far said it was behind the attack. Jolo has long been a base for militants including those of the Abu Sayyaf group.

The local officials say the first blast happened at 08:45 local time (00:45 GMT) inside the Cathedral of Our Lady of Mount Carmel, which has been hit by bombs in the past. 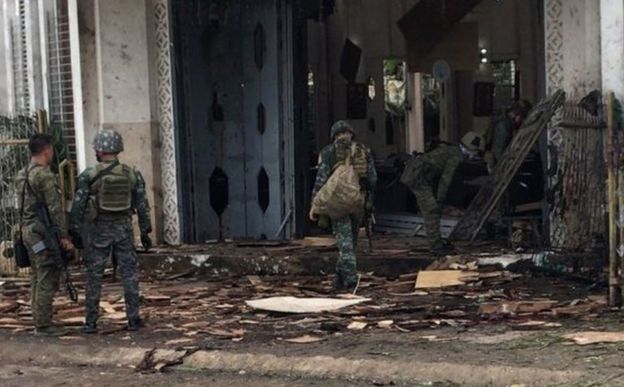 The second explosion was shortly afterwards on the doorstep of the church.

Most of the victims are civilians.

Help! My Life Is In Danger – Delta PDP Senatorial Candidate Cries Out