They’re cheap, easy to make and they not only prevent pregnancy but protect against a range of infections, including the AIDS virus. But men often don’t like to use condoms and women are afraid to ask them to.
So why hasn’t someone figured out how to make one that more people would want to use?
The Bill & Melinda Gates Foundation is putting up $100,000 to try to entice someone to try.
“There are few places on earth where condoms are not recognized or not available,” the foundation, headed by Microsoft founder Bill Gates and his wife Melinda Gates, says in a statement.
“The primary drawback from the male perspective is that condoms decrease pleasure as compared to no condom, creating a trade-off that many men find unacceptable, particularly given that the decisions about use must be made just prior to intercourse,” it adds.
“Is it possible to develop a product without this stigma, or better, one that is felt to enhance pleasure? If so, would such a product lead to substantial benefits for global health, both in terms of reducing the incidence of unplanned pregnancies and in prevention of infection with HIV or other sexually transmitted infections (STIs)?”
The Foundation estimates that 15 billion condoms are made each year, with 750 million users. But the design hasn’t changed much from the day when men used lamb intestines to make them.
Now, latex is the preferred material. “We are looking for a Next Generation Condom that significantly preserves or enhances pleasure, in order to improve uptake and regular use.
Additional concepts that might increase uptake include attributes that increase ease-of-use for male and female condoms, for example better packaging or designs that are easier to properly apply,” the Foundation says in an invitation on its Grand Challenges website. “In addition, attributes that address and overcome cultural barriers are also desired.
Proposals must (i) have a testable hypothesis, (ii) include an associated plan for how the idea would be tested or validated, and (iii) yield interpretable and unambiguous data in Phase I, in order to be considered for Phase II funding.”
That second phase of funding could go up to a million dollars. The Foundation says it will consider applciations for new materials, new shapes or designs, or science-based ways to make condoms more enticing to use.
The Foundation’s Grand Challenges project was set up to kick-start very early-stage endeavors. It’s paid out $450 million to efforts on childhood vaccines, controlling insects that spread disease and other public health challenges. 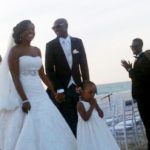 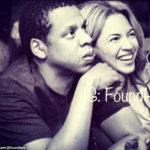