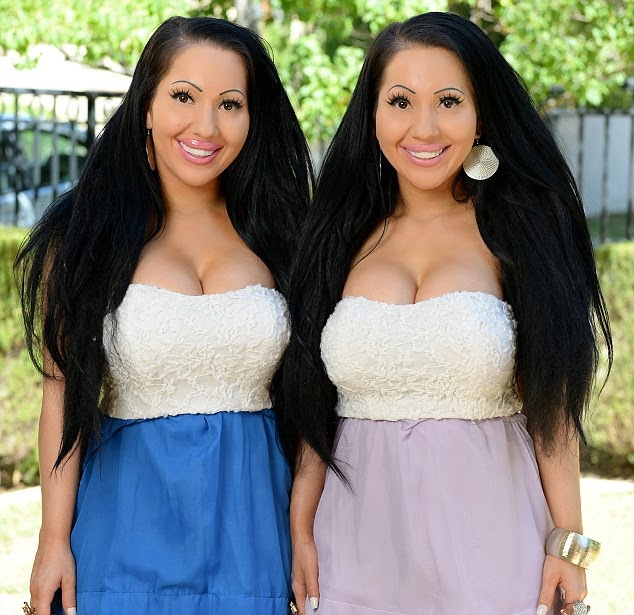 A pair of twins born just one minute apart share everything in their life – a job, a car, a Facebook account and even their boyfriend.
But even this bizarre level of closeness was not enough for Australians Anna and Lucy DeCinque, 28, who have spent a fortune on cosmetic surgery to erase any tiny differences between them that may remain.
They have had identical procedures including lip fillers, breast implants and fake eyebrows and eyelashes. 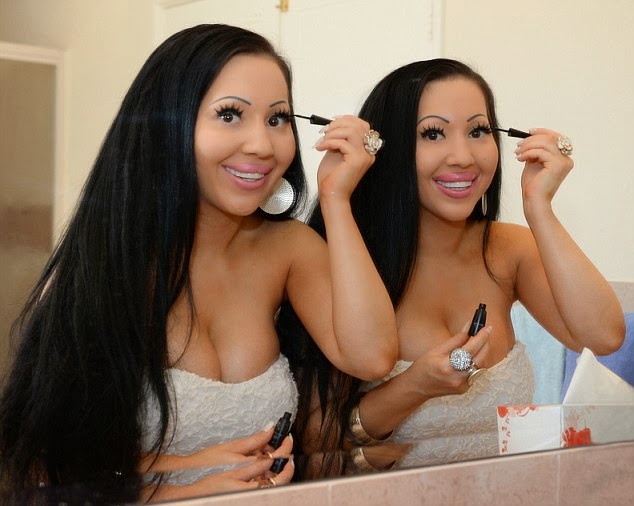 The women, from Perth, Western Australia, spend every waking moment together – and every sleeping moment too, as they share a bed. Anna and Lucy, who live at home with their mother, also share a boyfriend, which they believe is a perfect situation for a relationship. Though the two have had separate love interests before, they have always been brothers, or at least best friends.
Their current boyfriend is electircal mechanic Ben Byrne, also from Perth 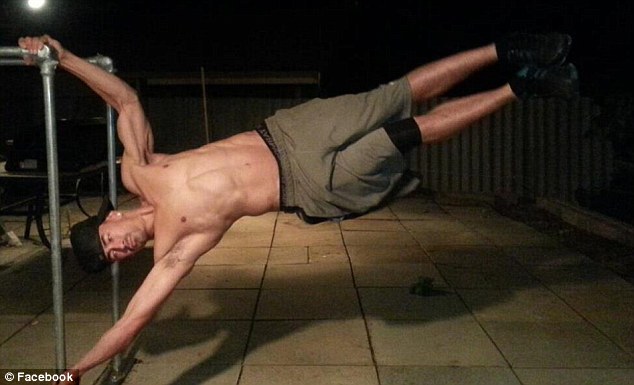 “It’s not really weird to us,” added Lucy. “We have one boyfriend and all of us share the same bed … we have the same taste in everything, so obviously we’re going to like the same boy, too.”
“We’re all together when we have sex, and if we like the same guy, so be it.”
But the sisters declined to give more details about their boyfriend, who is also a twin.
“We want to be protective of him,” they said. “We became known because of the two of us, not the three of us.” ‘Our mum has always been able to tell us apart. But, our dad, not so much. He would say, “Which one are you?”‘
Only a small mole on Lucy’s cheek and a scar on Anna’s forehead separate the two. But, those slight differences go unseen by most – including ex-boyfriends.
Lucy says: ‘We’ve had fun, especially when we were younger. We would swap boyfriends, if we were bored.
‘Like, even on the telephone, if I didn’t want to talk to my boyfriend, Anna would take the phone and pretend to be me. We would play games like that, and the other person never realised.
‘We’ve settled down a bit now.’ 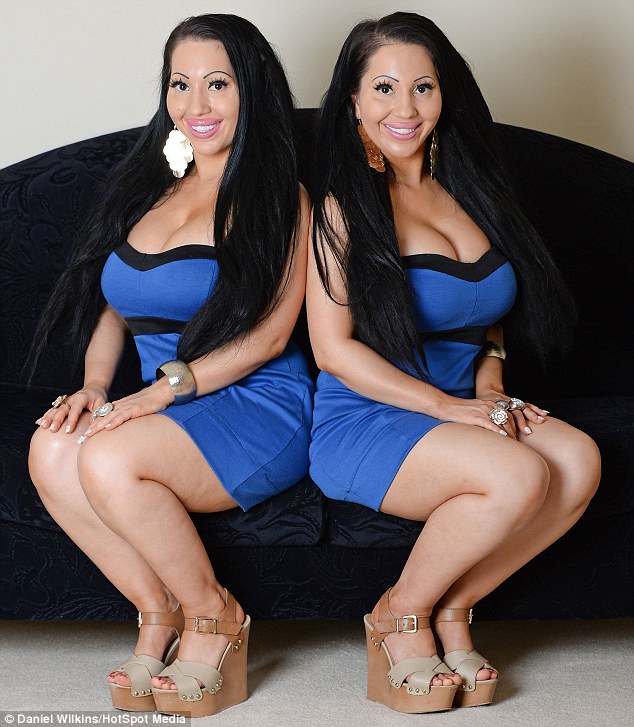 ‘We’re dating one boy at the moment. There are three people in our relationship. We’re sharing.’
Lucy added: ‘It’s not really weird to us. We have one boyfriend and all three of us share the same bed. For guys, in their hearts and dreams, they want two girlfriends.
‘We have the same taste in everything, so obviously we’re going to like the same boy too. We’re all together when we have sex, and if we like the same guy, so be it. Every date had to be a double date. It’s always double or nothing.’

From an early age Anna and Lucy were inseparable. The sisters went to the same nursery, primary and secondary schools, before enrolling on a beauty course at college together. The sisters revealed that they were so close even their parents have struggled to tell them apart, especially their father Luigi, who died in 2010. 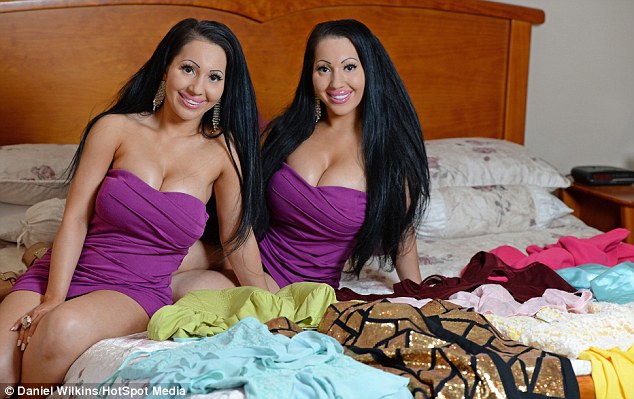 The sisters, who don’t drink or smoke, take great pride in their appearances, and wear a new outfit every Saturday night. Their wardrobe is full of body-hugging size 8 mini-dresses and hefty heels. Lucy said:

‘We never wear the same outfit twice when we go out. Everything has to be new. When we go clothes shopping, Anna will already know that I like a certain top.’
‘We always know what the other is thinking,’ Anna added. ‘We stopped buying gifts for each other, because we ended up buying each other same thing. 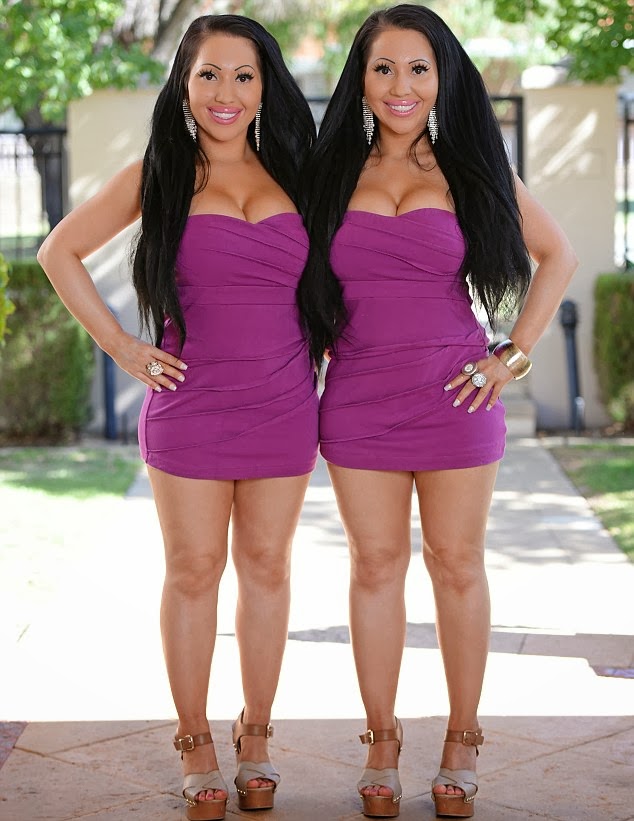 ‘When we go out, we get so many guys saying they want to marry the both of us or date the both of us.
‘And we always have girls coming up and saying “where do you get your clothes from?” They love our style.
‘And we feel each others’ pain too. If Lucy’s at the dentist, I will feel her pain.’

While the girls have been warned that their extreme closeness could lead to serious problems in the future, especially if one of them decides to get married and move away or if one of them dies, the twins remain unfazed. Lucy says,

‘We can’t imagine a day when we’re not in each others’ company. And, to be honest, I don’t think that would ever happen.